A Guide To Analyze Your Genetic Variants For Psoriasis 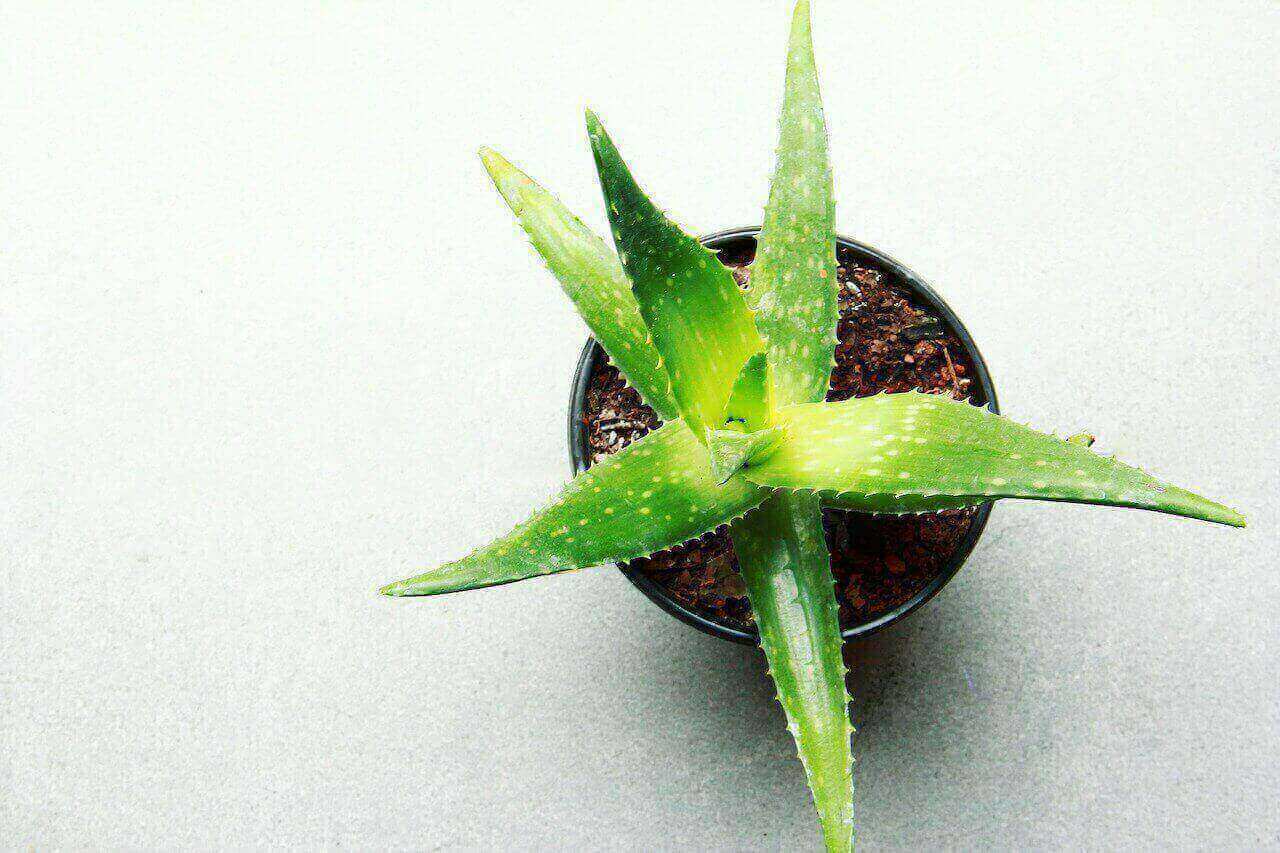 Psoriasis is a common autoimmune chronic skin condition that is characterized by scaly, red patches on the skin that are itchy.

These scaly patches on the skin are formed by accumulated skin cells.

The different types of psoriasis are:

What are the symptoms of psoriasis?

The symptoms of psoriasis vary from person to person.

However, common psoriasis symptoms include:

The symptoms of psoriasis occur in cycle i.e the patches flare-up in some months of the year and subside in the other.

In about 10-30% cases, psoriasis has been associated with psoriatic arthritis wherein the patient has swollen and aching joints along with the skin lesions.

What is the main cause of psoriasis?

The exact cause of psoriasis is unknown.

However, researchers have been able to point out misdirected immune system as a key contributor to this condition.

The immune system and your genes

In normal cases, the body’s immune system gets activated when a foreign body or particle enters the body.

However, in individuals with psoriasis, some genes that are defective cause inflammation on exposure to certain substances and trigger the skin cells to start multiplying.

There are about twenty-five genes that are suspected to cause psoriasis.

Stress is one of the primary and the most important causative factor for many skin conditions, including psoriasis.

Though stress is a mental pressure, the body reacts to it in the same way as it does to physical pressure.

Psoriasis can flare-up due to hormonal changes in the body, especially around puberty, menopause, and pregnancy.

These three situations where there is a drastic change in the hormonal levels in the body.

Smoking is known to cause pustular psoriasis.

Individuals with a history of psoriasis are twice as likely to develop the condition if they smoke.

The lesions primarily appear on the palms and the soles of feet.

There are some medications that can trigger or make existing psoriasis worse.

These include antimalarials like chloroquine, hydroxychloroquine, and quinacrine, beta-blockers, ACE inhibitors, and quinidine, indomethacin, and lithium in some medicines.

Some disease conditions like HIV and other infections like respiratory infections can also cause a flare-up of psoriasis.

Researches have shown genetic factors to play a key role in the development of psoriasis.

There are many genes that are associated with psoriasis, which includes:

It binds to viral RNA is thought to play a role in the development of viral diseases.

Apoptosis or programmed cell death is now associated with the pathogenesis of many inflammatory skin disorders, including psoriasis.

The Fas or FasLigand gene (FASLG) is one of the best-known mechanisms for the induction of apoptosis and is crucial in the onset of psoriasis, promoted by activated lymphocytes.

Fas-mediated cell-death prevents autoimmune reactions by removing the active T-cells from the medium, resulting in an immune reaction.

The single nucleotide polymorphisms of the Fas cell surface receptor gene and the Fas Ligand gene (FASLG) in the promoter region affect the expression of these genes and their serum levels.

These levels are important in patients with psoriasis.

This gene is located on chromosome 1q32.1.

The IKBKE (Inhibitor of Kappa light polypeptide gene enhancer in B-cells, Kinase Epsilon) is known as a psoriasis-related protein that is needed for the regulation of anti-viral and anti-inflammatory pathways.

In fact, the TNF- alpha that exists on the IKBKE upstream pathway has been used as a psoriasis drug target.

ZNF365 (Zinc Finger 365) gene codes for several isoforms, each of which has a different expression pattern and functions.

A mutation in this gene is associated with uric acid nephrolithiasis.

The gene is involved in the homologous recombination (HR) repair pathway and is required for the proper resolution of DNA by HR.

It also contributes to genomic stability by preventing telomere dysfunction.

PTEN (Phosphate and Tensin Homologue) gene is present on chromosome 10 and when it is deleted, it acts as a major tumor suppressor and inhibits cell proliferation through inactivation of the PI3 kinase(PI3K)/ Akt signal pathway.

The downregulation of the PTEN gene may play a role in the overactivation of the PI3K/ Akt signal pathway in psoriatic lesions and correlate with the excessive proliferation of the lesions.

The G allele of rs76959677 is said to be associated with psoriasis.

CHUK (Conserved Helix-Loop-Helix Ubiquitous Kinase) enzyme is involved in inhibiting the actions of NF-κB as it plays a role in its transcription.

Individuals with this SNP were associated with response to etanercept.

Psoriasis has a multifactorial pattern of inheritance, which means that it occurs due to a complex interplay between genetic and environmental factors.

The genes from both parents and environmental factors determine if the individual develops the condition or not.

However, there have been reports where the disease appears to have an autosomal dominant or autosomal recessive pattern of inheritance.

A research study conducted by Swanbeck et al calculated the lifetime risk of developing psoriasis in individuals with no parent, one parent and both parents having the condition.

The results did show an increased susceptibility in those with one or both parents having psoriasis.

However, the symptoms can be managed and flare-ups can be reduced using medications, lifestyle changes, and diet.

Though not scientifically conclusive, there has been considerable evidence to show that changing to a healthier diet can help reduce flare-ups and enable better management of the symptoms of psoriasis.

Some components of foods such as omega-3 fatty acids, antioxidants, and anti-inflammatory substances are said to be helpful to reduce flare-ups and help in better management of the condition.

Foods that help psoriasis include:

While these are the foods that one must include to manage psoriasis, there are a host of other foods that need to be avoided to stay clear of a flare-up.

There are multiple ways to reduce the symptoms and prevent flare-ups, and many of these are home remedies.

Perfumes, soaps, deodorants, shampoos, etc which have fragrances in them as they contain dyes.

The dyes in these fragrant products lead inflammation of the skin and cause a flare-up of psoriasis.

Before you choose a product, make sure it has a ‘sensitive’ label on it or consult your dermatologist for the right products for you.

It helps to soothe the itchiness of the lesions.

People with psoriasis must make sure their skin never gets dry as it can lead to an increase in the lesions.

Avoid excessive exposure to sunlight as it can aggravate psoriatic lesions.

An individual with psoriasis must avoid stress, a primary cause of flare-ups.

Alcohol is a big-no for those suffering from psoriasis and so an individual with the condition must avoid consuming it.

Apply turmeric on the lesions, adding them to your food or consuming it as a pill, within limits (1.5-3 gms per day) has proven to be beneficial to those suffering from psoriasis.

There is a misconception that psoriasis is infectious, however, it does not spread from one person to the other.

But it is quite common to see the lesions spread to other parts of the body.

In many cases, the lesions also coalesce to form larger lesions.

There are many ways to prevent the spread of psoriasis in an individual, but it also depends upon the type of psoriasis.

Plaque psoriasis, which the most common type that affects people spreads to elbows, knees, and scalp.

A rare type of psoriasis known as erythrodermic psoriasis is a more dangerous form which spread to all parts of the body.

In many instances, people with one type of psoriasis can develop another type of disease.