Worrier Or Warrior? Analyze Your DNA Raw Data For COMT - The Warrior Gene 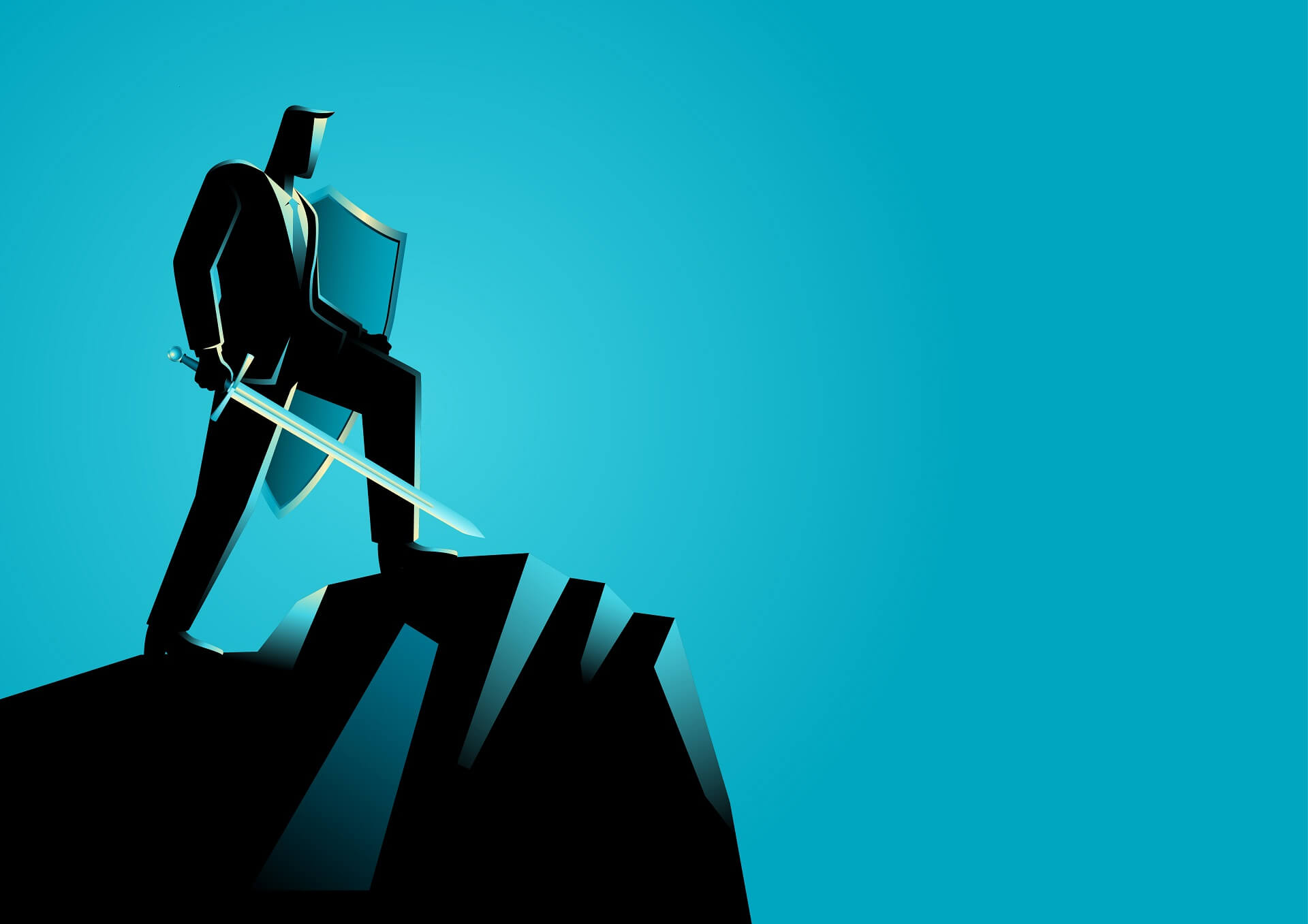 What does the COMT gene do?

The COMT gene is an essential gene when it comes to determining the development of our personalities, identities, and dispositions.

This gene codes for the catechol-o-methyltransferase enzyme that inactivates or breakdown catechols, which are a type of neurotransmitters in the brain, like dopamine.

These neurotransmitters are responsible for brain functions like short-term memory, planning, and cognitive abilities.

Where is COMT found?

COMT gene is found on chromosome 22.

There are two types of COMT genes :

It has more affinity for dopamine and therefore, plays a more significant role in inactivating dopamine in the brain.

The MB-COMT is located in the cell bodies, axons, and dendrites of cortical neurons with its C-terminal end in extra-cellular space.

It has a lesser affinity for dopamine and is located in peripheral tissues like liver, blood, etc. and plays a role in detoxification and metabolism of catechol compounds.

Handpicked content for you: COMT Gene- Neurotransmitter Levels and Worrier Or Worrier Personality

What is COMT gene mutation?

There is one SNP (Single Nucleotide Polymorphism) within the COMT gene that is associated with the consequences of poor health.

When a small piece of chromosome 22 gets deleted as part of the 22q11.2 deletion syndrome, it leads to the loss of 30-40 genes that includes the COMT gene.

Due to this deletion, people with this disorder have only one copy of the gene instead of two.

Loss of one copy of the COMT gene results in abnormal regulation of the COMT enzyme in the brain and increases the risk of developing behavioral problems and mental illnesses.

What are COMT and MAO enzymes?

COMT and MAO or Monoamine oxidase A (MAO) are two primary enzymes that are responsible for breaking down catecholamines in the brain.

Catecholamines like norepinephrine, epinephrine, and dopamine lower the threshold for an aggressive response to external stimuli.

Where are MAO and COMT found?

MAO is located on the outer membrane of the mitochondria, i.e. in the nerve terminals and glia in the brain and peripheral tissues, it is found primarily in the liver and the kidney.

MAO is of two types and two separate genes code for the two forms: MAO-A and MAO-B.

MAO-A is located in the dopaminergic and noradrenergic neurons, and MAO-B is present in serotonergic neurons and glia.

As mentioned above, COMT is also of two types, where one is membrane-bound, and the other is soluble.

What is the function of the MAO enzyme?

MAO enzyme is responsible for deactivating primary, secondary and tertiary amines that are found in the brain, liver, and kidney.

They play an important role in metabolizing the biogenic amines and oxidizing xenobiotics like aniline.

How do MAO inhibitors work?

MAO is responsible for deactivating amines like dopamine, which is a chemical messenger in the brain.

Low levels of dopamines are associated with Parkinson’s disease.

In such cases, treatment with a dopamine drug is not useful as it cannot cross the brain barrier.

So, MAO inhibitors are used that prevent the breakdown of dopamine and make it available for use in the brain.

What are MAO-B inhibitors?

MAO-B inhibitors are a type of inhibitors that are used to treat symptoms of Parkinson’s disease.

These drugs are prescribed for patients to block the action of the MOA enzyme and prevent the breakdown of dopamine.

COMT v158m is the most studied SNP of the gene because it plays a vital role in intelligence, personality and the risk of developing a disease.

Presence of the ‘A’ allele is said to decrease the activity of COMT by 3-4 times and affects cognitive and executive functions.

So, if you have AA, then you will have the highest amount of dopamine and GG would mean the lowest amount of it.

Too little or too much dopamine impacts cognitive performance.

What is the VDRTaq gene?

VDR or Vitamin D Receptor is the nuclear hormone receptor for vitamin D3. Low levels of vitamin D are seen in many acute and chronic illnesses and is also related to neurological and immunological conditions.

Also, it is important to note that vitamin D stimulates enzymes that create dopamine.

The VDR Taq and Bsm gene are always inverse to each other.

What is VDR Mutation?

VDR mutations occur in the vitamin D3 receptors and COMT gene have an inverse effect on the regulation of the dopamine levels.

When a person has a VDR mutation, it means that the person is less sensitive to methyl group supplement levels.

Having AA alleles on the COMT v158m gene, SNP is said to make one prone to stress, and they tend to be ‘worriers.’

In people with AA alleles, the level of COMT is less, and dopamine is high which makes them poor dealers of stress.

However, in the case of GG alleles, the individuals perform better under stress and show more aggression and therefore, are termed as ‘warriors.’

What is the warrior gene?

The 'warrior' gene is located on the short arm (p arm) of the X chromosome and codes for the enzyme Monoamine Oxidase A (MAOA).

The variants of the MAOA gene, collectively called MAOA-L, are responsible for the aggressive behavior seen in many individuals with mental disorders.

A recent study in Finnish criminals brought about another gene that has initially been linked with ADHD, autism, schizophrenia and bipolar disorder called CDH13.

Even this gene today is considered to be a ‘warrior’ gene.

Can a woman have the ‘warrior’ gene?

Everyone has the ‘warrior’ gene.

Its effects are based on the mutations that the gene undergoes due to a variety of predisposing factors.

However, a recent study at the University of Florida has linked the MAO-A or the ‘warrior gene’ in men to be the ‘happiness gene’ in women.

The reason for the difference in expression of the gene in men and women was proposed to be testosterone, which is much higher in men than in women.

Epinephrine and norepinephrine are catecholamines that act as hormones and neurotransmitters in the brain.

Their primary function is to prepare the body and the brain for action.

However, at the same time, epinephrine and norepinephrine reduce the blood flow to certain other parts of the body such as the gastrointestinal system and excretory system as they are not directly involved in the fight or flight response.

So, epinephrine and norepinephrine reduce gastric motility, digestion, and metabolism and inhibit voiding of the bladder.

What is the function of COMT inhibitors?

COMT gene is responsible for the breakdown and metabolism of neurotransmitters like norepinephrine, serotonin, and dopamine in the brain.

When there is less production or excessive metabolism of dopamine, it contributes to the motor symptoms of Parkinson's disease.

Dopamine drugs cannot cross the brain barrier and therefore, are unable to improve the symptoms of the patient.

So, in such cases, COMT inhibitors that prevent the production of COMT enzyme are prescribed.

This increases the availability of dopamine and reduces motor symptoms of conditions like Parkinson’s disease.

What enzyme breaks down dopamine?

Dopamine is broken down into metabolites by a variety of enzymes that include:

Dopamine can be broken down by different pathways, but all of them lead to the same end product homovanillic acid that has no known biologic activity.

Are the COMT and MTHFR genes interlinked?

Yes, they are and let us see how:

MTHFR is a part of the one-carbon pathway that cycles dietary folate into its various forms. It gets converted back to THF after it loses one methyl group when methionine synthase converts homocysteine into methionine.

However, a mutation in this MTHFR gene stops the activity of methionine synthesis, leading to the accumulation of homocysteine (an excess of which is terrible for the body).

This is where the COMT gene comes into the picture. Limited methionine means an insufficiency in the activity of the COMT gene.

This is how COMT and MTHFR genes are functionally linked.

Is COMT associated with the genetic susceptibility of schizophrenia?

Currently, there are no conclusive results about the association of the COMT gene with schizophrenia.

However, extensive studies are being carried out to explore the linkage between the COMT  gene and other mental disorder.

Nutrition facts: Magnesium is a cofactor for COMT and is required for its efficiency. Vitamin B6 or pyridoxine acts as a cofactor for enzymes associated with methionine metabolism.