Is Going Gluten-Free Good For You? Analyze Your DNA Raw Data Now! 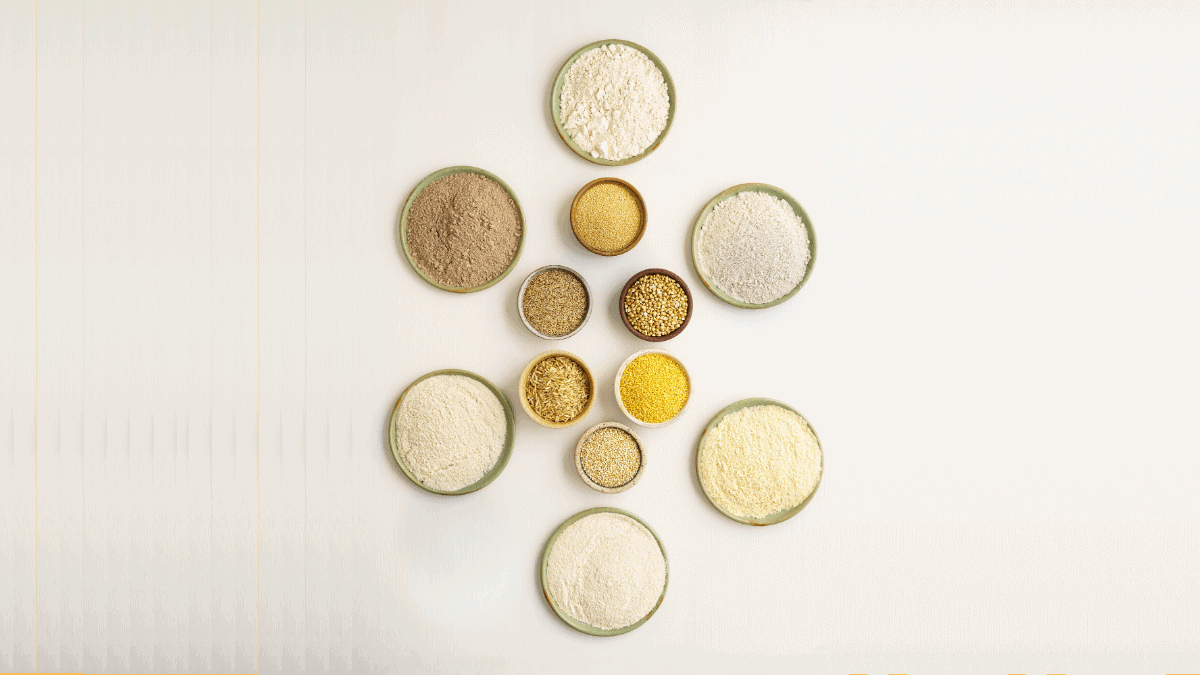 Research estimates that 18 million Americans have gluten sensitivity. It is characterized by adverse reactions to gluten, a protein found in wheat, barley, and rye. People who are gluten sensitive may experience common symptoms like bloating, diarrhea, fatigue, headaches, etc. upon consumption of gluten. Some genes, especially the HLA family contribute to the risk of developing gluten sensitivity. According to research, People with two copies of specific genes, such as HLA-DQ7 (a form of HLA-DQ3 that's similar to HLA-DQ8), risk very strong reactions to gluten. Upon confirmation of gluten sensitivity, the best way to go forward is opting for a gluten-free diet.

Gluten is a protein that is found in grains like wheat, rye, and barley.

Some people are inherently sensitive to gluten, which makes them gluten intolerant.

Gluten sensitivity is an autoimmune disease, and celiac disease is its most severe form.

About 0.5-13% of people have a non-celiac gluten sensitivity, which is a milder form of the disease.

Signs and symptoms of gluten sensitivity

There are many signs that indicate one might be suffering from gluten intolerance:

Gluten sensitivity can develop at any age

Yes. One can develop gluten sensitivity anytime during their lifetime.

Sometimes people test negative for the autoimmune condition but develop it later on in their lives.

One theory that could explain this is probably the change in the composition of the intestinal bacteria in people who are genetically predisposed to gluten sensitivity.

According to statistics, there has been a 5 fold increase in the prevalence of the disease, primarily in the elderly.

Your genes and sensitivity to gluten

There are six single nucleotide polymorphisms of this gene complex; HLA DQ, HLA DQ 2.5, HLA DQ 2.2 (3 SNPs), and HLA DQ7 which have been shown to be associated with gluten intolerance.

The HLA DQ genes have been shown to be strong genetic predictors of celiac disease.

In a study conducted to assess the genetic predisposition to gluten intolerance, nearly all the patients with celiac disease had the risk allele in the HLA DQ2 and the HLA DQ8 gene, with the absence of these variants in 100% of people without celiac disease.

The 2 possible outcomes for gluten intolerance

The Gene Nutrition Report analyzes over 15 genetic variants that contribute to the risk of gluten sensitivity.

Let’s explore the 2 outcomes with an example: HLA DQ 2.5

Here, the T allele contributes to an increased risk for gluten sensitivity; the C allele carriers, on the other hand, are likely to not be sensitive to gluten.

A similar analysis is performed for the other variants and an overall outcome is provided in the report.

How to go about it?

Even if you carry the genetic markers associated with gluten sensitivity, it needs to be further confirmed by checking for symptoms.

It is important to consult with your physician and confirm gluten sensitivity before going on a gluten-free diet.

Eliminating gluten from your diet

Before going for a gluten-free diet, it is important to know the foods which are high in gluten.

A gluten-free diet may sound simple - just eliminate gluten from your diet, right?

But here’s the truth: gluten is hidden in many foods where you might not expect to see it.

Locating gluten in some foods can be like trying to find a needle in a haystack.

Here’s a list of food items that are naturally gluten-free:

Despite not having any genetic markers associated with gluten sensitivity, in a few cases, other factors like lifestyle and environment can contribute to the development of this condition.

Thus, it is important to consult a physician if you observe any symptoms upon consumption of gluten.

Is a gluten-free diet harmful?

However, it is recommended only for those suffering from celiac disease who have no other option but to avoid the protein-containing grains.

But, if you are not gluten intolerant or sensitive, it is not advisable for you to go on a gluten-free diet.

Most gluten-free products that are available today are also stripped-off of other nutrients and therefore, are not healthy for those who can eat gluten-based foods.

Gluten sensitivity can affect hormones, especially in women over 40 who are tending towards menopause.

The unpredictability of the ovaries along with the hormones estrogen and progesterone wreck havoc in the body.

If one is gluten intolerant, the problems can increase.

This is because if one is sensitive to gluten, there are high chances that they may have an adrenal hormone imbalance.

Unstable sugar levels and inflammation of the digestive tract as a result of gluten intolerance cause the adrenal glands to secrete cortisol.

The inflammation in the digestive system due to which is unable to absorb nutrients. Gluten-allergy or sensitivity leads to diarrhea, characterized by loose, watery stools. This leads to lots of water and nutrients elimination from the body.

There are many studies that have demonstrated the effect of irritable bowels on the mood of an individual.

However, how gluten results in anxiety or depression in gluten-intolerant or gluten-sensitive individuals have not yet conclusively been proven.

Does gluten affect the brain?

So, there is no doubt about gluten affecting the neurological system.

Gluten can cause other disorders like insomnia, migraines, ADHD, epilepsy, schizophrenia, bipolar disorder, and in a minute number of cases, gluten ataxia.

You can avoid the condition by moving to a strict gluten-free diet.

Can gluten affect your mood?

Yes. There are many studies that have shown the correlation between gluten intolerance in people and depression, anxiety, and other neurological syndromes.

A study conducted by Christine Zioudrou and her colleagues at the National Institute of Mental Health in 1979 found that the polypeptides contained in gluten can bind to the morphine receptors in the brain.

These receptor sites are responsible for how we feel.

But, due to the inability of available sites for morphine to bind to, it can lead to depression and mood-related disorders.

There is no conclusive evidence available today that links gluten sensitivity or intolerance to insomnia or sleeplessness.

However, a large majority of the people who suffer from gluten-intolerance report lack of sleep and poor sleep quality.

Due to digestive symptoms, neurological symptoms, and generalized fatigue and tiredness, most people suffer from a lack of sleep or related conditions.

Can gluten cause UTI’s?

There is a high incidence of UTIs reported in children with active untreated celiac diseases.