Pesticides In Food: How Genes Influence The Breakdown Of Toxins In Your Body 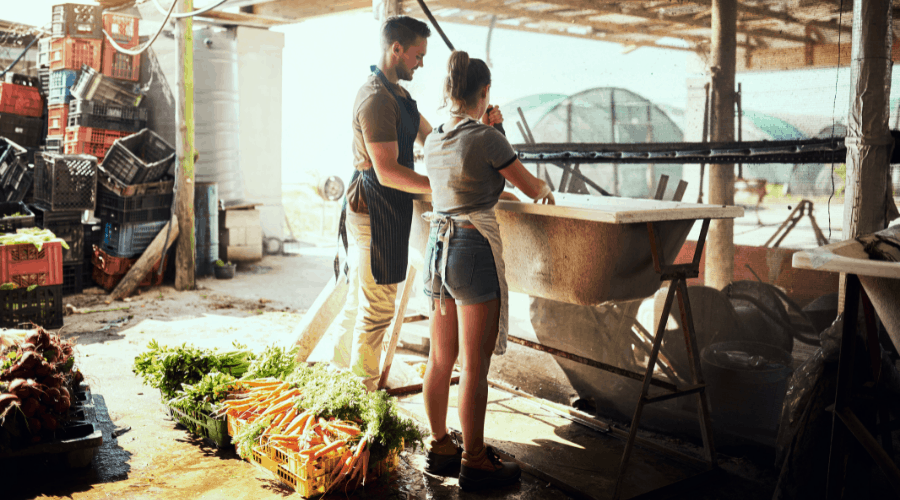 How Do Pesticides Enter The Body?

Pesticides are routinely used in agrochemical industries to prevent, repel, mitigate or kill pests that can damage the produce. It is a broad term and usually includes fungicides, herbicides, acaricides, bactericides, nematicides, rodenticides, etc.

Based on their chemical structure, pesticides can be of the following types – Organochlorine, Organophosphorus, Carbamates, and Pyrethroids. Unfortunately, while consuming fruits, vegetables, and other products, we inadvertently consume some pesticides.

Pesticides are called xenobiotics, i.e., foreign compounds that are not produced by the body but found in it. The organochlorine group of pesticides are the most widely used and are predominant pesticides in the environment. They also have the potential to accumulate in the body’s adipose (or fat) tissues. These pesticides alter enzyme activities and cause harmful effects on the nervous system.

Since pesticides have a long half-life (they take a long time to reduce to half of their concentration in the body), the body has to eliminate them regularly.

The metabolism of pesticides occurs in two phases – Phase I and Phase II reactions. Metabolism is the process by which chemicals like pesticides that enter our body are broken down into smaller components, made less toxic, and more water soluble to enable their easy elimination from the body.

In some cases, detoxification can result in the formation of a toxic product. This is called the bioactivation of a pesticide.

Phase I: In the first phase, these fat-soluble pesticide molecules are converted into polar compounds by adding a polar group. This process occurs either by oxidation, reduction, or hydrolysis reaction. The end product of the phase I reaction now serves as a substrate (or starting compound) for phase II reaction.

Phase II: In Phase II of pesticide metabolism, the polar compound gets attached to substances in the body such as sugars, amino acids, glutathione, phosphates, and sulfates. This conversion to a polar compound makes pesticides less toxic and easy to eliminate.

Where Does Pesticide Metabolism Take Place?

Metabolism of xenobiotics like pesticides occurs in all tissues and organs as it is a defense mechanism to eliminate toxic products and reduce any harmful effects on the organism. Though all organs and tissues show some amount of pesticide metabolism, detoxification occurs more actively in organs like the kidney, liver, and intestine.

Enzyme groups like the Cytochrome P450 (or the CYP enzymes), NADPH Cytochrome C Reductase, and Flavin-Containing Monooxygenase (FMO) play an important role in the metabolism of pesticides in the body. Other enzymes that play a role in pesticide detoxification include dehydrogenases, reductases, and Glutathione S Transferase.

What is Pesticide Toxicity?

Failure to eliminate pesticides from the body can lead to their accumulation and subsequent toxicity. The toxicity of pesticides is expressed in terms of LD50. It is defined as the single exposure dose of a substance per unit bodyweight of the organism and is the abbreviation for Lethal Dose 50%.

Based on this LD50 value, pesticides can be of the following types, based on their toxicity scale:

Organophosphorus pesticides hinder the activity of an enzyme (acetylcholinesterase enzymes) important for the proper functioning of the nervous system. The toxicity effects of organophosphorus compounds are rapid, and symptoms appear immediately after exposure. Exposure to these pesticides can be hazardous for people with reduced lung function and a history of convulsive disorders.

Two primary groups of genes are involved in the metabolism of pesticides, particularly organophosphates. These include the CYP genes and PON gene family.

Variations in the CYP Genes

The CYP genes and enzymes perform a vital role in the metabolism of pesticides. Some genes that play a role include CYP1A1, CYP1A2, CYP2A6, CYP2B6, CYP2C8, CYP2C9, CYP2C19, and CYP2D6. In addition, CYP2B6 and CYP2C19 play an essential role in phase I detoxification of pesticide metabolism.

The CYP2B6 gene and its variants (different forms) are studied in relation to chlorpyrifos (CPS), a broad-spectrum organophosphate insecticide. This substance is said to be neurotoxic to humans, which means it affects the nervous system.

CYP2B6*6 is another form of interest in the metabolism of chlorpyrifos. Studies suggest that CYP2B6*6 has increased activity but a reduced potential to activate chlorpyrifos in the human liver cells compared to other variants. Due to this, people with the *6 form of the CYP2B6 gene are less susceptible to chlorpyrifos toxicity.

The CYP2C19 gene has many forms, with CYP2C19*2 being the most common one. CYP2C19 acts as a catalyst in the metabolism of methoxychlor, a pesticide. However, in people having the non-functional form of the gene (also called poor metabolizers), the role of the CYP2C19 gene is performed by the CYP1A2 gene.

Variations in the PON1 Gene

The PON gene family comprises three genes– PON1, PON2, and PON3. PON1 or Paraoxonase 1 is a calcium-dependent enzyme and is located on chromosome 7. This means that the activity of this enzyme depends upon the availability of calcium. There is increasing evidence from studies that variations in the PON1 gene increase an individual’s susceptibility to organophosphate toxicity (https://www.liebertpub.com/doi/10.1089/dna.2012.1961).

Organophosphates induce low-grade inflammation in humans, and PON1 gene variations have shown to cause intoxication in Cameroonian and Pakistani pollution (https://www.ias.ac.in/public/Resources/General/jgen/16-299-020217.pdf). Two variations or SNPs of this PON1 gene are essential in the metabolism of pesticides. These include rs662 and rs7493.

Individuals having the T allele are said to be at a higher risk of developing organophosphate toxicity than those having the C allele.

Studies show that children with the C allele exposed to pesticides before their birth tend to have a greater abdominal circumference, more body fat content, high blood pressure, and BMI than those who have not been exposed. However, these features were not observed in children having TT genotype.

Avoiding exposure to pests by preventing their entry into your home, garden, and lawn is an excellent way to stay clear of any pesticides they have.

Since pesticides can cause toxicity, it is a good idea to use non-chemical pest control methods. Some of these options include natural pesticides, mechanical traps, sticky traps for more minor pests, and vacuuming during a flea infestation.

If you have to use pesticides, always read label instructions before you purchase the product. Then, follow the instructions on the label to use the pesticide. Always wear protective gear to avoid direct contact with the chemical, and make sure you prepare and use the pesticide away from food or other consumables.

Safe Storage and Disposal of Pesticides

The risk of exposure to pesticides is high even when you store them in your home. Ensure safe storage of pesticides in your house by keeping them under tightly closed containers. Keep them out of reach of children and yours. If your skin gets exposed to a pesticide, wash your hands properly. Always change your clothes or have a bath after working with pesticides to avoid any form of accidental inhalation of particles or their consumption.

How Genetic Testing Help In Removing Pesticides From Your System

If you are exposed to pesticides regularly due to your job or profession; it may be a good idea to get genetic testing done as individuals having the T allele in SNP rs662 are said to be at a higher risk of developing organophosphate toxicity as compared to those having the C allele.