How Does Anxiety Affect Your Brain? 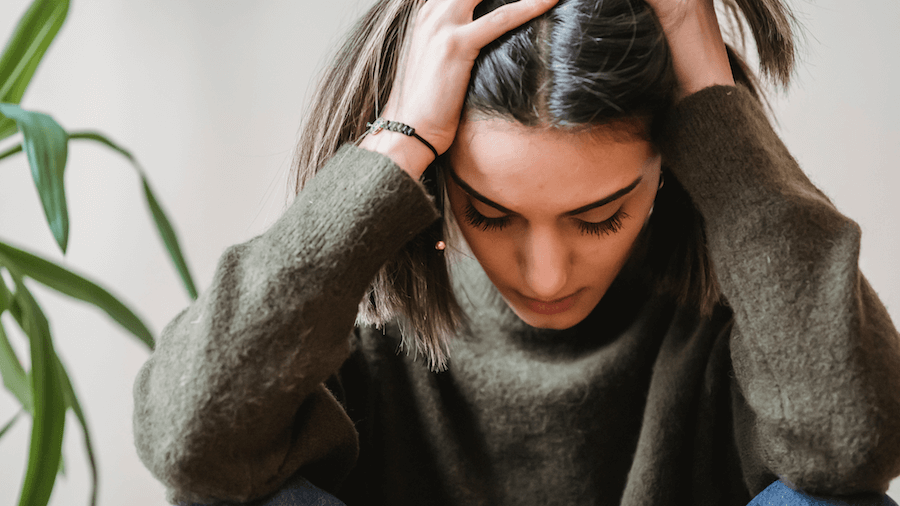 Anxiety is a feeling of worry, fear, and tension affecting about 40 million adults in the United States.

Anxiety can be caused by many things, including life stressors, health problems, genetics, and traumatic events.

Many people also experience occasional panic attacks, which are sudden episodes of intense fear or anxiety.

The five major types of anxiety disorders are:

Generalized Anxiety Disorder, GAD, is a specific anxiety condition marked by persistently elevated tension, anxious feelings, and negative thoughts, even without a force or occasion to trigger them.

Obsessive-compulsive disorder (OCD) is a persistent pattern of evaluations and ritualistic behaviors.

Practicing behaviors such as washing hands, counting, checking, or cleaning is typically done with the aim of eliminating thoughts or making them disappear.

However, these so-called "rituals" are only temporary relief, not a solution.

Panic disorder is an anxiety disorder that causes sudden and repeated episodes of intense fear, accompanied by symptoms including chest discomfort, heart palpitations, shortness of breath, dizziness, or stomach distress.

Post-traumatic Stress Disorder, or PTSD, is an anxiety disorder that can develop after exposure to a terrifying event or ordeal that involves impending physical harm.

Depending on the severity of its symptoms, SAD can be limited to only one type of situation, such as a fear of speaking in formal or informal settings.

It also may be so severe that the person may experience the symptoms by simply being around other people.

Effects of Anxiety on the Brain

In the past, scientists believed that a marble-sized brain area, called the amygdala, was responsible for fear and anxiety.

Some studies have shown monkeys with damage to the amygdala were unusually stoic when confronted with scary stimuli - like a snake.

Today, we understand that anxiety results from interactions among different brain regions.

The amygdala is a part of the emotional response center located deep within the brain.

According to a hypothesis, we only feel anxiety when the emotional brain overpowers the cognitive brain and controls our consciousness.

The dorsal anterior cingulate cortex (DACC) is a part of the cerebral cortex designed to heighten fear signals from the amygdala.

When anxious individuals view pictures of frightened faces, the DACC and amygdala (among other locations) increase communication with each other, which leads to intense anxiety.

But people without anxiety show negligible to no response.

On the other hand, a part of the frontal lobe called the ventromedial prefrontal cortex serves to reduce anxiety signals from the amygdala.

People with damage to this portion of the brain are more inclined to experience anxiety since there's no dampening of the anxiety signals.

How Does Anxiety Affect the Brain?

Image: The Effects of Anxiety on the Brain / Inspired by NewScientist

Increases the Levels of Stress Hormones

Anxiety activates the fight or flight response in our bodies.

When fighting off the anxiety trigger(s), the brain releases adrenaline and cortisol, which alerts our bodies and helps us cope with danger.

When this danger is gone, the sympathetic part of the nervous system takes over and brings a sense of calm.

In people suffering from anxiety, the sympathetic nervous system doesn’t do its job well.

As a result, the stress hormones keep getting released, triggering anxiety symptoms.

Increases the Risk of Neuropsychiatric Disorders

Chronic stress and anxiety can lead to structural degeneration and decreased functionality of the hippocampus and the prefrontal cortex.

This can increase the risk for psychiatric disorders, including depression and dementia.

Changes in The Amygdala and Hippocampus

The amygdala is an almond-shaped mass of gray matter in the brain involved with expressing emotions.

It is responsible for responses to fearful and threatening stimuli.

With persistent anxiety, the amygdala increases in size, amplifying the body’s response to scary situations.

The hippocampus plays a major role in learning and memory.

It gets severely affected in mosy psychological disorders, including anxiety.

In chronic anxiety, the hippocampus shrinks in size.

Any damage to it can cause difficulty recalling memories and forming new ones.

Hippocampus is also responsible for linking a particular place to a fearful event.

This explains why some individuals with anxiety may avoid certain places.

The prefrontal cortex region of the brain is involved in logical responses and reasoning.

It helps process information and makes an informed decision to solve a problem.

The connection between the prefrontal cortex and amygdala is weakened in anxious brains.

This can increase the sensitivity to dangers and hamper logical thinking and rationalizing.

Hippocampus is responsible for holding onto memories.

With chronic anxiety, the hippocampus shrinks in size, making it difficult to recall memories.

However, anxiety makes the hippocampus think that memories associated with danger and anxiety are good memories to store.

Thus, the memories you manage to recollect may be those of anxiety and stress.

In an anxious brain, the memories of failure, threat, and danger overpower that of success, happiness, and achievement.

In anxiety, the brain tends to hold onto negative memories.

While there is no one-size-fits-all approach to coping with anxiety, several strategies can help.

Some of these include:

If needed, seek professional therapy to help address your anxiety.