How Genes Influence Your Math Ability 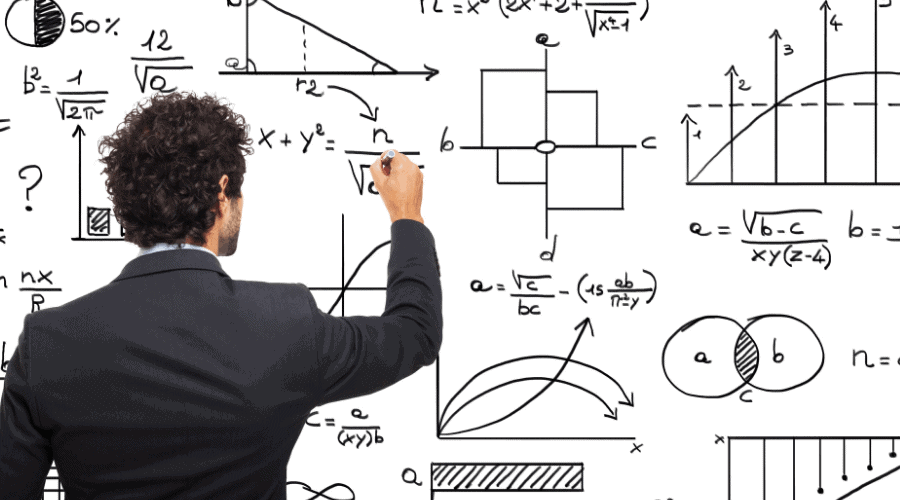 What is Maths Ability?

Maths or mathematical ability can be defined as the mental ability needed to acquire knowledge or skill in mathematics, which includes measurement, properties, and relationships of quantities and sets, using numbers and symbols.

To put it simply, it is the ability to perform mathematical tasks and to effectively solve given mathematical problems.

A widely accepted and most acknowledged theory was put forth by Krutetskii in 1976. He suggested that maths ability includes the following:
- Using formal language and operating within formal structures of connections
- Thinking in a logic-sequential manner
- Performing shortcuts while solving problems
- Using more than one approach
- Recalling previous concepts and generalizations.


A person’s ability to do maths is a balance of nature and nurture. Both genetic and environmental factors can decide your relationship with maths. Maths ability is considered to be a complex trait that involves neurological and cognitive development as well as education and training. Some people have a bad relationship with math early on. Math problems may give them anxiety, and they lack the confidence to attempt complicated math problems. Others may love math and try complicated problems as a fun challenge.

The SPOCK1 gene carries instructions for the production of a protein called Testican-1. This gene is involved in tumor progression and prognosis as well as neurogenesis, which is the process by which new neurons are formed in the brain. This gene is found to play a role in neurodevelopment, and hence changes in this gene are found to affect maths ability.

rs1012694
rs1012694 is a single nucleotide polymorphism or SNP in the SPOCK1 gene. People with the minor allele, the T allele are found to have lower mathematical ability.

Education
Early education can affect how you learn maths and your liking for it. Teaching methods, teacher’s behavior, quality of teaching, motivation, the concentration of students, are found to influence maths ability.

Dyscalculia
Dyscalculia is a maths learning disability. Scientists are not sure of the exact cause for this disability. People with this condition find it difficult to learn number-related concepts, perform accurate maths calculations, reason and solve problems, and perform other basic maths skills.

People with Alzheimer’s also find it difficult to perform simple mathematical calculations as their condition worsens.

Recommendations To Improve Your Math Ability

Even though genetics partly influences maths skills, you can follow certain methods to improve your ability to solve problems and understand maths better.
- The proverb “Practice makes a man perfect” holds for maths ability also. Practice is very important to get better at maths. By practicing, you can get used to solving problems, and you may even increase the speed at which you solve.
- Focus on understanding concepts. Just learning and memorizing the formula won’t help when you are given a new problem with variations in the concept. Learning the concept can help you understand what you’re doing and improve your maths skills.
- Try to think of real-world situations in which you can use the concepts you’re learning. This will help you understand and remember it better.
- Don’t lose hope. Basic maths is not very hard. There are various resources available online and offline to help you get better at maths.
- There are certain strategies and learning methods for people with dyscalculia to improve their mathematical skills. These include repeated practice, segmented subject material, and different learning methods to understand basic concepts.