How Genes Influence Your Erythropoietin and RBC Levels? 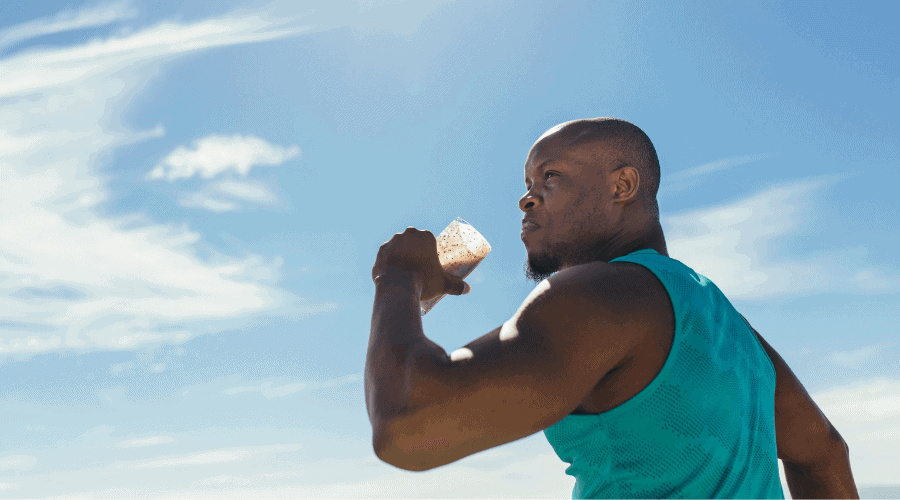 Erythropoietin, also known as EPO, is a hormone produced by the kidneys and liver. It is essential for the production of red blood cells (RBCs) that carry oxygen.

The main function of this hormone is promoting the development of red blood cells by the bone marrow.

Training leads to an increased oxygen demand from the muscles, which is met by oxygen transport through red blood cells. Blood supply needs to be increased, and more RBCs need to be produced to meet the oxygen demand of the muscles.

Optimal levels of erythropoietin in the blood can increase oxygen transport and energy levels. Differences in erythropoietin levels are based on several factors, including nutrition, underlying conditions, and genetics.

EPO is available as a drug in the market. It can enhance an athlete’s performance by facilitating increased oxygen supply to the muscle cells. This gives the athlete an unfair advantage over others. Artificially increasing EPO levels can increase the number of red blood cells and ultimately enhance the aerobic capacity and endurance performance of the athlete. This is called blood doping and is banned in most professional sports since the early 1990s.

EPO as a drug is normally used to treat severe anemia because the body produces lower amounts of this hormone in anemic conditions. EPO drugs are also used in the treatment of End-Stage Renal Disease, cancer, and HIV.

The normal range for EPO in the body is 4 to 26 milliunits per liter (mU/mL) of blood.

How Does Genetics Influence Erythropoietin?

Variations in the EPO gene, the gene that encodes this hormone, can lead to differences in the levels of erythropoietin produced by the body.

rs1617640 and Erythropoiesis
The rs1617640 is a T→G polymorphism present in the erythropoietin (EPO) gene. It has been associated with decreased EPO expression, suggesting it could negatively affect endurance performance. Studies have shown that the TT and TG genotypes are associated with increased erythrocyte, hematocrit, mean corpuscular hemoglobin, and mean corpuscular hemoglobin concentration values resulting in aerobic advantage for athletes.

Health conditions: Chronic kidney disease(CKD) can lead to a decrease in erythropoietin levels and lead to anemia.
Chronic low oxygen levels, anemia, or rare tumors can result in excess erythropoietin.

Higher levels of EPO are usually due to chronic low oxygen levels or when EPO is produced by rare tumors. This leads to a high red blood cell count, which is called polycythemia. Polycythaemia usually has no symptoms but can lead to weakness, fatigue, headache, itching, joint pain, and dizziness. High EPO levels will thicken the blood and can lead to clotting, heart attack, and stroke.

If an athlete takes repeated doses of EPO to increase performance, it can stimulate the development of antibodies against EPO, and this can lead to an attack on EPO produced in the body also. This leads to a decrease in red blood cells and results in anemia.

Low levels of EPO are usually caused by chronic kidney disease, and this results in anemia. Levels of RBC can also be reduced due to a number of other conditions, including hypoxia due to exercise and high altitudes. Synthetically made erythropoietin is given as a supplement to treat this. It is also used for patients with some rare types of cancer.

Tests To Detect EPO In Blood

The first test used to detect EPO was introduced at the 2000 Summer Olympic Games in Sydney. This is a combination of a blood and urine test to confirm the possible use of EPO.

In 2003, urine tests alone were accepted to detect the use of recombinant EPO.

The methods used to detect EPO are constantly being modified and improved to increase sensitivity. This is being done in order to detect the newer versions of EPO and EPO biosimilars that are used in doping.

Athlete Biological Passport is a unique, personalized, and electronic record of an athlete’s biological values taken over time from multiple blood samples.

The main aim of this is to construct a profile and determine the natural levels of hormones and other chemicals in the athlete’s body. This information will help avoid the false positives that occur in doping tests due to naturally higher levels of EPO.

Recommendations For Maintaining Your Erythropoietin Levels

Lower levels of erythropoietin may be a result of your genetic predisposition to decreased EPO gene expression and RBC count.

If the RBC count and erythropoietin levels are low even after supplementing through diet, consult a physician to find the underlying cause.