Trait Of The Week: Do Smart People Prefer Fewer Friends? 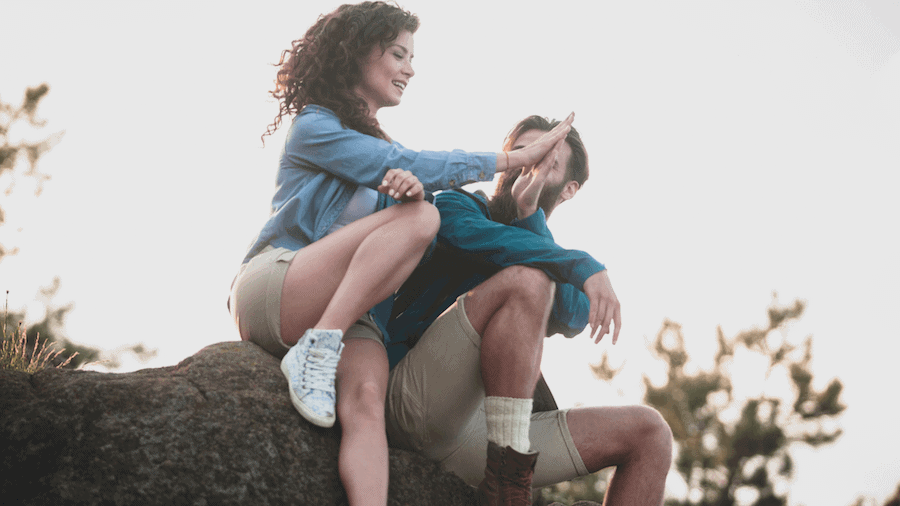 It has long been known that people with more friends are happier than those with fewer friends.

This observation is based on the theory that having close relationships makes people feel good and that being happy leads to increased productivity and success.

However, a recent study has shown that this theory may not be entirely correct.

In fact, it might actually be better to have few close friends than many casual acquaintances.

The Savanna Theory of Happiness

One basic principle of evolutionary biology is that the human brain has developed to function in ancestral environments and not the present one, like all the other organs.

The Savanna principle suggests that human brains may not necessarily be equipped to deal with elements absent in the ancestral environment.

This principle can be better explained with an example.

Research has revealed that rural residents living in industrialized countries tend to be happier than urban residents.

City life seems scarier, more alienating, and depressing for our brains. Town life, however, isn't perceived as threatening or stressful. Why?

It has got to do with the population density.

The brought to light data suggests that ancestors possibly lived in groupings of 150 people.

So the natural size of the neocortex region of the brain responsible for cognition and interaction is equipped for cohabitating 150 people.

It is possible that as population density rises, the brain feels uncomfortable and uneasy.

This could lead to a hampered sense of well-being.

The savanna theory of happiness may thus propose that the rising group sizes and population density can negatively impact subjective well-being. In addition, this negative effect may interact with general intelligence and have a stronger effect on the less intelligent ones than the more intelligent ones.

A new research study published in the British Journal of Psychology suggests that the hunter-gatherer lifestyle of our ancestors is the archetypal building block of what makes us happy now.

The people in densely populated areas were noted to have less satisfaction with the quality of their life.

The subsequent finding indicates that the greater the likelihood of close friendships with a particular person, the more satisfying an individual's quality of life is.

It's a Whole Other Story with Smart People!

There is a caveat to this finding!

For those who are more intelligent and have higher IQs, the sociodemographic correlations between the numbers of friends and life satisfaction were way less pronounced.

In the low-IQ group, this correlation was twice as large.

Thus, we can draw that the higher the IQ, the lesser satisfaction you have with life if you have more friends.

Why is this the case?

Intelligent people are more driven and focused on long-term goals.

They aim farther ahead and are compelled and driven to use their intelligence for something more monumental than themselves.

Take, for instance, someone you went to school with or a friend who started their business.

While chasing their objectives, they prioritized staying focused enough to get results.

They eliminated social interactions as they concentrated on reaching higher and larger goals.

Intelligent people tend to view socializing as a hindrance and obstacle to ultimate success.

A long-term dreamer will prefer to stay at home and pursue their goals and aspirations than watch a football match or party all night with their friends.

However, this doesn't mean they don't respect or value their friends.

But when engaged in intense efforts to rise above, they regard socializing as a diversion and prefer to stay at home and work on their objectives.

Based on evolution, the human brain was formed to meet the ancestral needs for survival.

There were not many people, and the primary mode of continuance was hunting and gathering.

It was vital to have more contacts with extended family members to pass on information and help one another in these circumstances.

Socializing was also considered imperative for reproduction to ensure our survival.

The new demands of contemporary life have drastically affected our relationship patterns with one another.

The intelligent ones are better capable of handling the troubles arising due to new circumstances and complex interrelationships.

Likewise, they are better able to adapt to evolutionary and advanced changes.

Being smart helps surf through modern circumstances at ease and splice ancestral inclinations with present-day settings.

The ability to eliminate the primal need to have social interaction when pursuing your ambitions and dreams can help minimize the influence of urban areas on your well-being.

The Smart Choose Their Own Methods For Establishing Relationships

Intelligent people cherish relationships similar to others, but they put more stock in how they spend their time.

They don't devalue friendships and relationships; they seek pleasure from other pursuits.

The savannah theory of well-being offers a novel defeat to age-old questions about what makes people happy and why.

So, if you have a few close friends and would rather stay at home to Netflix and chill, don't sweat it. You're probably just exceptionally smart!