Sleep 101: Everything You Need To Know For A Well-Rested Night 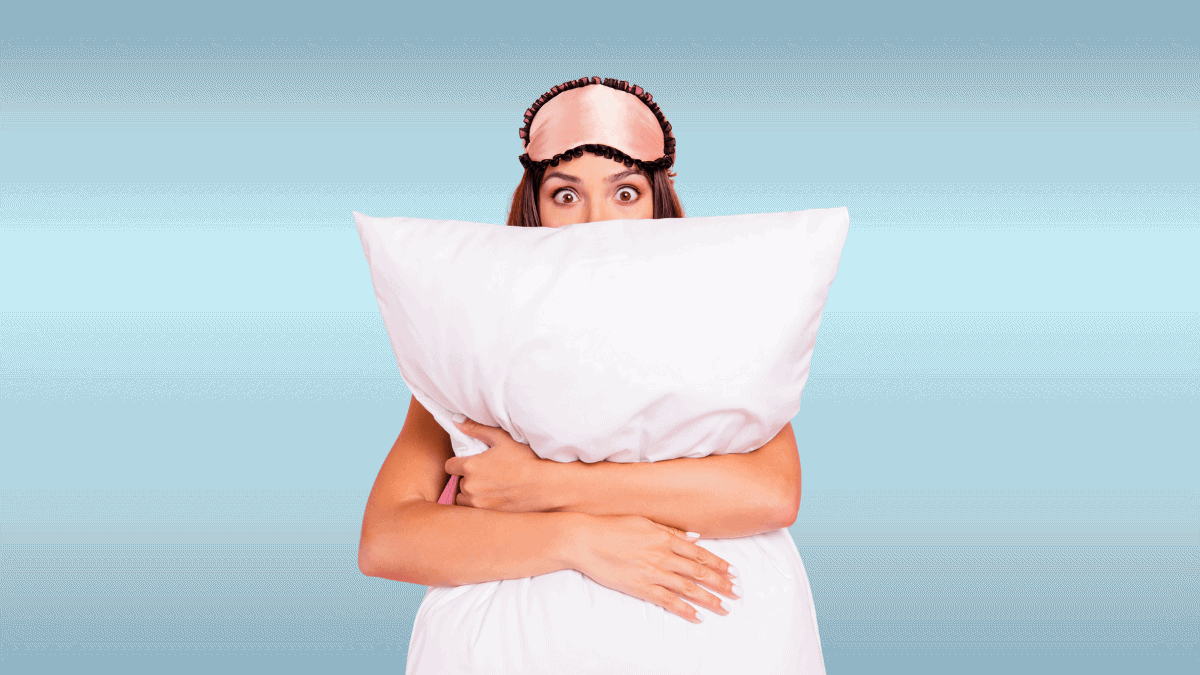 Imagine being told when you were a child that you’ll lapse in and out of a comatose state accompanied by hallucinations for the rest of your life that will take approximately 30 years from you. What would your reaction be? Would you be shocked, or would you give a knowing smile? After all, it’s characteristic of sleep, isn’t it?

The basic question: what is sleep?

Sleep is such a puzzling behavior that provides a constellation of benefits for our well-being, coming back for us every 24 hours.

Without exception, sleep occurs incessantly all across the animal kingdom.

Even bacteria are known to have active and passive states that correspond to the light and dark phases of our planet.

Major discoveries over the last couple of decades proved that sleep comes with a host of health benefits.

It gives an opportunity to reset our body, disguised as a complex amalgam of physiological and behavioral processes.

Therefore, the saying ‘I’ll sleep when I’m dead’ is inappropriate and more than unfortunate.

The How, What, and Why of Sleep Stages

Sleep has quite a magnificent cyclical architecture.

The two main stages dominating sleep, NREM and REM, occur in a recurring fashion every 90 minutes.

These two states are as different from each other as each is from wakefulness.

Pronounced as non-REM, the normal onset of sleep occurs in adults through this stage.

A quick definition of NREM is ‘a relatively inactive, yet an actively regulating brain’.

Waking a person who’s entered stage 1 is way easier than waking those in stage 4 (trust me, you don’t want to wake someone when they’re in stage 4!).

Stage 1: A wake-to-sleep transition period where the person falling asleep can be easily woken up by softly calling their name.

Stage 2: A characteristic of this stage is specific bursts of electrical activity called sleep spindles. This help in the transfer of information from the short term to long term memory. A more intense stimulus can wake the person in this stage.

Stage 4: Called ‘the deepest stage’, the body’s reset process occurs now in full-swing - the rebuilding of cells, high frequency of protein synthesis, reset of the immune system among other benefits.

Sleep then slowly ascends to the lighter stages of NREM (stages 1 and 2) which then transitions to REM.

Marked by a highly active, chaotic, and random brain in a paralyzed body is the Rapid Eye Movement (REM) stage.

Although not strictly classified into stages, REM is occasionally divided into two - the phase of bursts of eye movements, followed by the phase of relative quiescence.

The mental activity in this stage is usually associated with dreaming. People when woken up during REM, typically recall a vivid dream.

During REM, the information learned during the day is typically bounced around information boxes to relate this new piece to the existing ones.

Which is more important - REM or NREM?

A series of studies conducted that led many to an ethically uncomfortable place identified the importance of both NREM and REM sleep.

We know that sleep is important to save information we learn that day. Sleeping after we learn something will help 'hit the save button' by transferring information from the short term to long term memory.

To make matters more interesting, a new finding has shown that sleeping before learning is also crucial as it preps the brain to soak up new information.

Some sleep scientists give the metaphor of a sponge - an already filled sponge can only take so much information before it is squeezed and then it’s ready to take in more.

Now that’s settled, let’s focus on a conjecture that’s been keeping scientists engaged in the past.

We learn stuff when we are sleeping. Now that would be cool, wouldn’t it?

Thanks to the relentless research, we now have an answer and it looks like it is both a yes and a no.

A big NO to learning a new language from scratch and it’s a YES to absorbing information and forming new memories.

Although these were implicit memories, it could alter the individual’s waking behavior.

For example, in a study conducted on sleeping individuals, researches played a sound and followed it with a rotten-fish smell.

When these individuals were tested on awakening, they held their breath once the sound was played, as if anticipating a rotten smell.

Hand-picked article for you: Get The Expert Guide To Deep Sleep With Your DNA Raw Data

Perhaps you’ve heard of this - The Guinness Book of World Records removed the category of sleep deprivation.

This is from the world’s authority on record-breaking achievements that still permits free-falling down towards earth from outer space in a spacesuit.

Know why? Because the effects of sleep deprivation are considered ‘extreme’ and ‘dangerous’.

So, what happens when you’re completely deprived of sleep? What goes wrong? Let’s take a look at some of the deadly consequences.

These are some of the effects that sleep restriction exerts on your body.

The most harmful of all is that the individual fails to see how sleep-deprived they are when they’re sleep-deprived, and they tend to underestimate their performance disability.

The consequence of sleep loss is so deadly, that the World Health Organisation (WHO) has classified night-shift working as a carcinogen.

Sleep is a universal component of life, and it is not surprising that recent research has shown that genetics plays a pivotal role in its regulation.

Substantial evidence suggests that sleep is a complex trait with a strong genetic component.

Restricting the amount of sleep we receive each night voluntarily or completely depriving a night’s sleep alters the expression of a number of genes radically.

This consequently tampers with daily health and the quality of life.

About 90% of markers regulating sleep homeostasis is inherited

Several genes are involved in sleep regulation in humans. Some of the candidate sleep genes are CLOCK, PER2, PER3, DEC2, and GRIA3.

The appropriately named CLOCK gene, short for clock circadian regulator, was one of the first genes to be identified as a regulator of sleep.

This gene is a transcription activator that forms the central component of the 24-hour circadian clock. Variations in this gene cause behavioral sleep changes.

For example, one particular variation, from A to G, can affect the way CLOCK activates other genes (ARNTL, PER2, PER3)  in the circadian regulatory complex and influence the onset of sleep.

This determines the chronotype of an individual. CLOCK gene variations have also been shown to influence the habitual duration - to be either a long sleeper (>8.5 hours) or a short sleeper (<7 hours).

what is your genotype? Find our here!

Sleep: The onset, chronotype, and duration

Did you know that every living species on the planet with a lifespan of more than a few days has a 24-hour rhythm?

Although everyone succumbs to its unyielding power, the pattern between individuals has striking differences.

There is yet another less commonly known type, called the ‘afternoon types’ who don’t fit in with the other two categories.

These 'types' are called the chronotypes of an individual.

It defines whether they are most alert in the morning, during the day, or at night.

Larks: These are the morning types, who rise and shine early. They follow the principle ‘early to bed, early to rise’ strictly.

Nappers: These are the afternoon types, who wake up the sleepiest. They are most active between mid-morning and late evening, after which they’re tired again.

Owls: Favoring night time, the owls stay awake through most of the night and go to sleep well past midnight, and they don’t wake up earlier than 10 am.

The chronotype of an individual has a strong genetic component. If a person manages to sleep in synchrony with their chronotype, the night of sleep will be restful.

The repeating signal of day and night is communicated by a ‘vampire hormone’ called Melatonin.

This hormone makes the timing of sleep official.

After the sleep-onset, the levels of melatonin gradually decline through the night and well into the morning.

When the brain detects light in the morning, the release of melatonin is shut off, hinting at the end of the sleeping-process.

Right this moment, as you’re reading this line, there’s a chemical called adenosine that’s building up in your brain.

The longer you’re awake, the more concentrated their accumulation will be.

This is the chemical that’ll increase your desire to sleep at night.

Adenosine cleverly turns on the sleep-inducing regions of the brain and lowers the noise from the wake-promoting regions.

As you’re sleeping, the chemical is slowly cleared off. The total clearance of adenosine marks the onset of wakefulness.

Naps clear adenosine, therefore, many people who take naps are stay awake at night due to decreased sleep pressure.

These individuals can, therefore, take a nap early in the afternoon, to enable sufficient accumulation of adenosine again before bedtime.

Technology: Gadgets emit blue light that slashes melatonin by 50% and delays its further release by 3 hours. Additionally, it also reduces the duration of REM, a stage that is essential for emotional healing.

Alcohol: Alcohol is a sedative and it knocks out the cortex. Furthermore, it fragments sleep, causing many more awakenings throughout the night. These individuals don’t remember it and they wake up unrefreshed the next day and reach for caffeine.

Caffeine: It is a widely used psychoactive drug that not only delays the onset, but also reduces the amount of deep sleep. What’s scarier is, caffeine is particularly good at blocking REM. If this happens routinely, it increases the mortality rate by 60%.

Unfamiliar Location: We don’t get a restful night when in an unfamiliar location, right? This is because sleep happens in kind of a ‘lite’ version. One half of the brain doesn’t rest as well as the other, as we try to instinctively maintain vigilance in the new location from potential threats.

Tips for a healthy sleep

Of the 24 hours, humans have a recycling rate of 16 hours. That means, after every 16 hours, we need an indispensable 8 hours of shut-eye.

Sleep is, after all, what makes us fit to be awake. And so, why we fail to keep it up is a mystery.

Many physiological processes in the body have safety nets.

For example, when you’re feasting, the adipose cells store fat.

This is to use it in the unfortunate scenario of starvation.

Tragically, sleep has no such safety measures.

We are the only species on the planet that voluntarily pulls an ‘all-nighter’.

Many scientists confirm there is a global sleep epidemic underway.

This is a huge challenge to evolution.

Considering the harmful effects of deprivation - ‘the sickening health and the premature death’, it is time for our species to take a serious appreciation for sleep.

It is, ultimately, the kind nurse that nature has given us.

Do you have your DNA raw data from 23andMe, AncestryDNA, FTDNA, or MyHeritage?