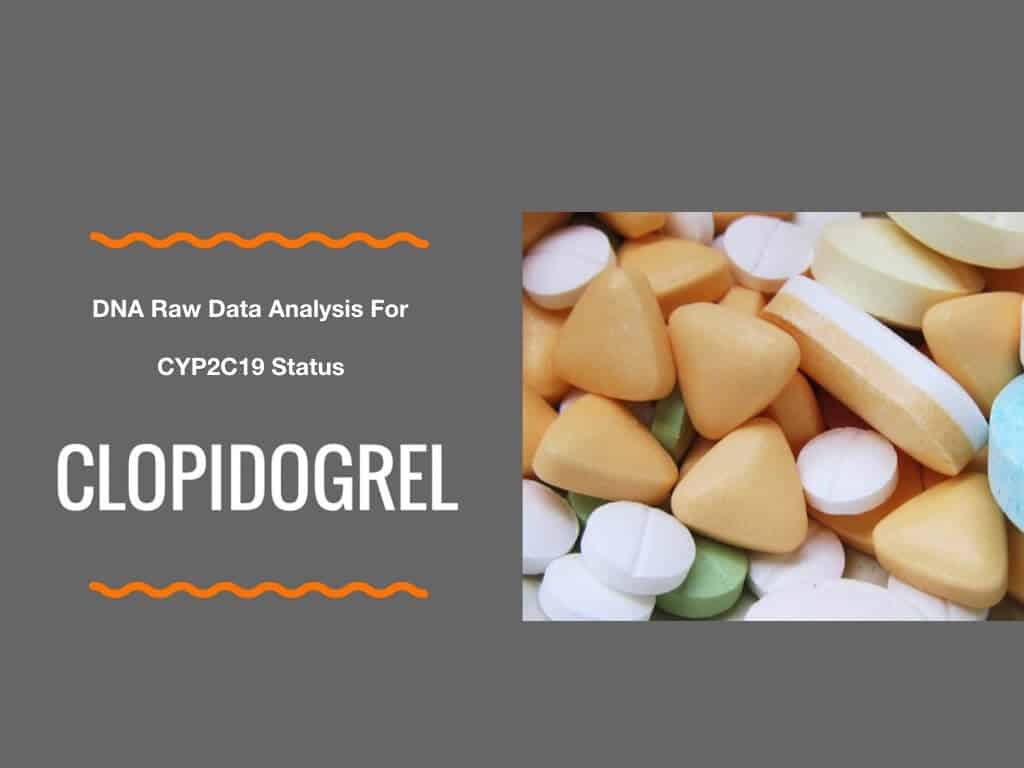 We have currently discontinued this report. For more details, you can get in touch with us at hello@xcode.life

Clopidogrel or Plavix is a drug that is prescribed to help prevent blood clots. This is turn avoids blockage of blood flow that would otherwise lead to heart attack or stroke. The internal function of clopidogrel depends on how fast or slow it is metabolized by the system. The gene CYP2C19 is shown to have a strong influence in this regard. Certain genetic variants in the CYP2C19 gene reduces the activity of the CYP2C19 enzyme, causing individuals with such variants to be more prone to heart attack and stroke. Knowing in advance as to the nature of the CYP2C19 variant will help physicians prescribe a more accurate dose.

How to understand your Plavix/Clopidogrel report?

Once you upload your raw data from 23andMe, AncestryDNA or Family Tree DNA to the Plavix tool you will receive a report that includes 5 variants of the CYP2C19 gene. This gene encodes for a protein/enzyme that converts clopidogrel into its functional and active form. The variants *2, *3, *4 and *8 indicate reduced clopidogrel metabolism consequently lowering the efficiency of the drug. On the other hand, *17 variant is associated with increased clopidogrel metabolism. *1 is the neutral and the most commonly found version of CYP2C19.

Blood clotting is vital body function that prevents excessive loss of blood during injuries. However internal clots within a blood vessel can lead to heart attack or a stroke. Physicians prescribe clopidogrel (Plavix) for cases of internal clotting since this drug reduces the platelets, blood cells responsible for clotting, from sticking together.

Clopidogrel like several other drugs is enters the system in an inactive form. It is converted to its active form in the liver by enzymes. One of these enzymes, and the most important of them all is CYP2C19 encoded by the CYP2C19 gene. Polymorphisms in the CYP2C19 gene results in an increased or decreased protein function. This in turn influences the way clopidogrel is metabolised by the system.

Why is does it matter?

Plavix is one of the most widely prescribed cardiovascular drug with more than 21 million prescriptions since its 1997 approval by the Food and Drug Administration (FDA). Prescribed in combination with aspirin, it helps reduce risk of heart attacks, treat chest pain, improve blood circulation to the limbs.

The Clinical Pharmacogenetics Implementation Consortium (CPIC) has developed certain guidelines that have been endorsed by several medical societies.They are designed to assist clinicians on how to use the results from genetic tests to determine the course of drug therapy for each patient. Genotype-based drug guidelines will help clinicians understand how a patient of a specific genotype would respond to or metabolize a particular drug. This will enable them to evaluate subsequent therapeutic options and to determine the dosage strength.

Important note: Your report may not contain all of the traits listed here depending upon the number of markers present in your raw data file.