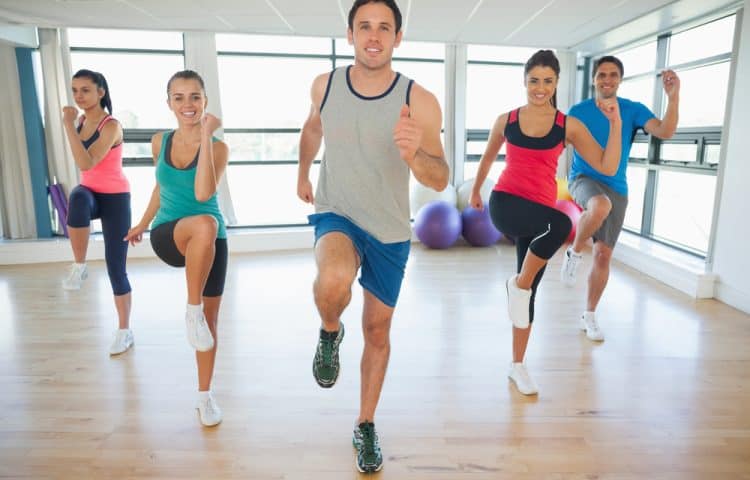 Regular exercising comes with a range of health benefits, one of which is reduced risk for developing breast cancer. Many studies conducted over the last 20 years have consistently reported a lower risk of breast cancer among women engaging in regular physical activity.

However, the exact mechanism behind this is unclear. Being active may lower estrogen levels in the body. Studies have shown that women with lower blood estrogen levels have a lower risk of breast cancer than women with higher levels.

In addition, exercise also reduces inflammation in the body, strengthens the immune system, decreases insulin resistance, and reduces oxidative stress – all of which are risk factors for breast cancer development.

Exercises and Breast Cancer Risk - What Do The Studies Say?

A study published in The Journal of the American Medical Association in 2005 reported that physical activity after breast cancer diagnosis might reduce the risk of death due to the disease.

Women who performed physical activity equivalent to walking for 3 to 5 hours per week at an average pace benefited the most.

The study also reported that physical activity after breast cancer diagnosis reduced the chances of recurrence and improved the quality of life in these women.

The primary reason cited for the reduced risk is the low levels of circulating estrogen.

A study conducted in 2015 reported that weight loss by exercise resulted in an increase in lean mass, greater fitness, and a positive effect on the serum sex hormone levels due to greater loss of body fat.

These effects have been associated with a decreased risk of postmenopausal breast cancer.

How Does Genetics Influence Exercise And Breast Cancer Risk?

Certain changes in the MTRR gene can induce insulin resistance, thereby making the cells unresponsive to insulin. This can result in type 2 diabetes.

Previous studies reported the association of this genetic change with lung and colorectal cancers, but not with breast cancer.

The researchers identified a Single Nucleotide Polymorphism (SNP) rs13188458 in the MTRR gene. It was found that, in a group of physically inactive people, those with the T allele of this SNP had a greater risk for abnormally high insulin levels (hyperinsulinemia) and breast cancer than people with the G allele.

ERCC Excision Repair 4, Endonuclease Catalytic Subunit or ERCC4 plays an essential role in repairing damaged DNA. A defect in this gene has been associated with Xeroderma pigmentosa, a skin condition.

A meta-analysis done in 2011 revealed an association between ERCC4 and breast cancer risk. rs1800067 is an SNP in the ERCC4 gene.

Postmenopausal women with the GG genotype of this SNP who engaged in >9.23 hours of recreational physical activity per week experienced statistically significant reductions in breast cancer risk.

The MLH1 or MutL homolog 1 gene is a part of MMR or mismatch repair set of genes. It repairs damaged DNA by replacing the portion containing the errors with the corrected sequence.

rs1799977 is an SNP in the MLH1 gene. Women with the G allele of this SNP who were active during the postmenopausal years experienced significant breast cancer risk reductions.

How To Reduce Your Risk of Breast Cancer with Exercise

Researchers have observed that postmenopausal women who exercise for at least 300 minutes per week can successfully reduce their body fat compared to those who spent half that time.

Even 2.5 hours of brisk walking per week can reduce breast cancer by as much as 18%!

If you are in a dilemma about how to begin your exercise, here are some handy and effective tips to help you exercise the right way to keep breast cancer at bay: