How Your Genes May Protect You From COVID-19 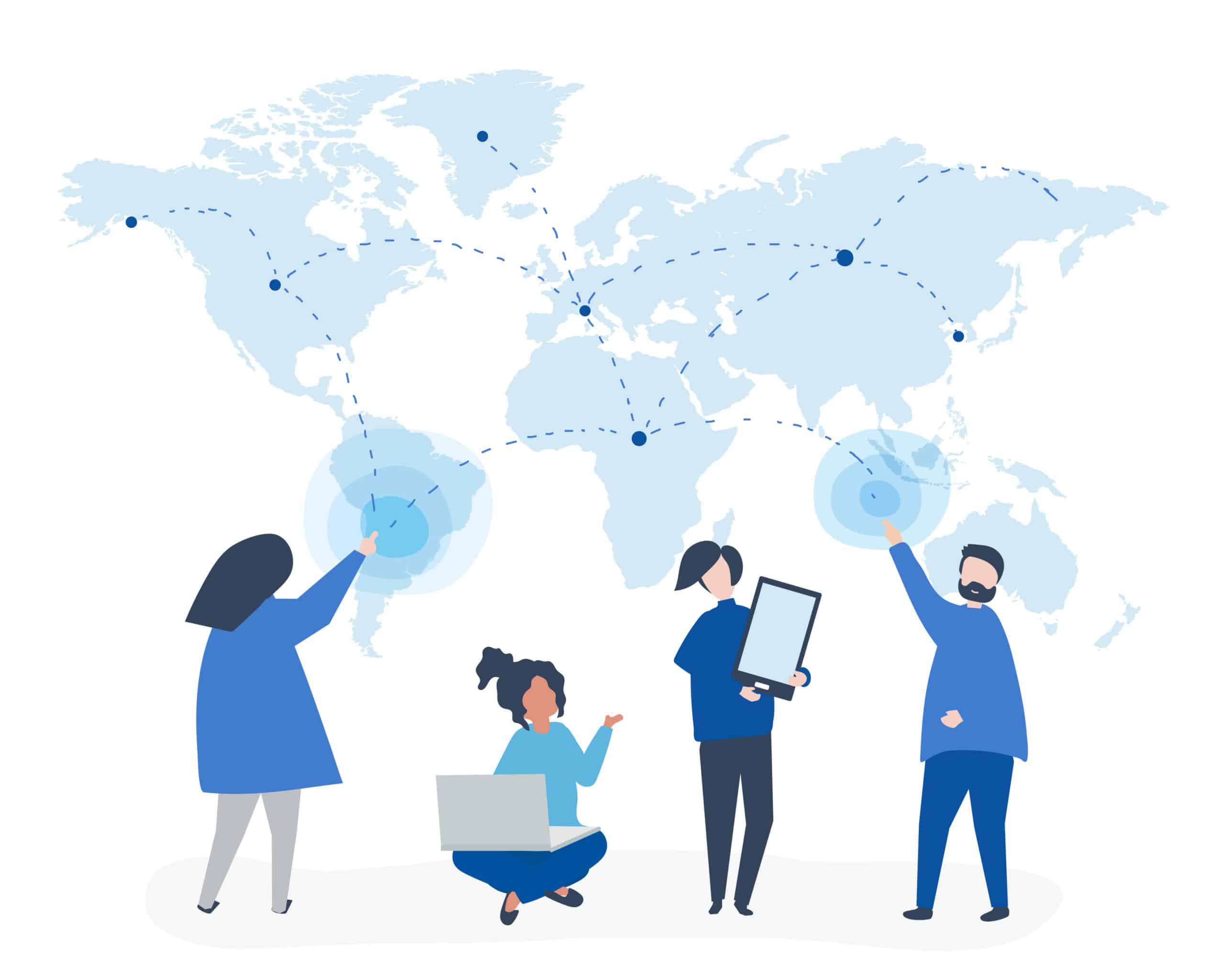 Less than a month ago, the novel coronavirus disease (COVID-19) was declared a pandemic by the World Health Organisation (WHO) when it affected more than 100,000 people in 114 countries. As of today, April 7, there are over 1,000,000  cases in close to 200 countries. An unprecedented explosion in the number of cases in as little as 20 days is nothing short of terrifying.

Ever since its outbreak in December 2019, scientists have been racing to understand the novel coronavirus (SARS-CoV-2, also called nCoV19). While we know this is the deadliest pandemic the world has seen since the Spanish influenza of 1918, what we don’t really know is just how dangerous this virus is. It appears there are more questions than there are answers. For example: How did the virus make the jump from animals to humans? How does it spread undetected without causing any symptoms right away? Why does it prematurely end the lives of some, but not the others? These are some of the questions keeping virologists occupied presently.

The basics: How viruses work

As a string of RNA molecules packed tightly in a protein coat, all viruses function the same. Enter a host cell, hijack its internal machinery, repurpose it to produce viral components, replicate, and once new viruses are made with the host’s help, release to infect other cells. Most viruses work as simple as that.

Coronaviruses, belonging to the complex ‘coronaviridae’ family, are known for their proteins that stick out from the outer lipid layer. These ‘spike’ proteins are considered critical as they help the virus anchor to the host’s cell. Particularly, the spikes interact with angiotensin-converting enzyme 2 (ACE2) of the host to gain access to the cell, and for this, it gets the help of a host cell protein, the transmembrane serine protease 2 (TMPRSS2). On entering the cell, nCoV19 works like other viruses to produce new infectious particles.

Why infections from animals pose a huge problem

Infections that affect animals are generally harmless to humans. However, some viruses do cross the species barrier and cause ‘zoonotic diseases’. COVID-19 is one perfect example. Such zoonotic infections are deadly because we lack pre-existing immunity to them and are unable to fight it off as efficiently. Most such infections that come from animals rarely spread from one person to the next. However, nCoV19 seems to be better evolved and adapted at this and spread between individuals.

Genetics of nCoV19: Just how threatening is it?

As the cases started growing rapidly, researchers in China sequenced the genome of nCoV19 and labs around the world got to work. The genome of the virus, made of RNA and not DNA, carries 15 genes in 30,000 bases. It was found to be similar (~80%) to its sister virus that caused the SARS outbreak in 2003. Both viruses seemed to have jumped from bats (96% similarity to bat coronavirus). Genome analysis suggests that this is a one-time jump, as the genome appears stable and not mutating further. The nCoV19 poses a huge problem because it reproduces so quickly without evoking an immune response from the host. This makes containing the spread of the virus unimaginably difficult.

Thanks to advancements in genomics, we now know a lot about nCoV19 in a short span of a few weeks. For example, genome comparison studies suggest that the novel coronavirus is a chimera of two pre-existing viruses. Such recombination is not unheard of. But it would occur only if the two different viruses affect a host simultaneously under a set of unique conditions. Owing to the rare occurrence, labs are now trying to confirm the preliminary findings.

Out new: 'Supercharge your immunity with these simple at-home tips and tricks'

The reason for bias: Why the severity of symptoms differ

The majority of COVID-19 cases develop flu-like symptoms and a little over 70% of the people recover on their own. However, 1 in 6 people develop shortness of breath and difficulty breathing. In yet some cases, healthy people with no symptoms are diagnosed with COVID-19.  This selective nature of nCoV19 has left virologists perplexed and they are turning to genetics for an answer.

1. Genetic variations: Does yours protect you?

As of today, theories favor the differences in the genetic makeup of individuals that make them more or less susceptible to being infected by nCoV19. For instance, certain variants of the ACE2 gene may alter the receptor to which the spike proteins bind. This may render it difficult for the virus to gain entry into the host cells. This theory is plausible because an example of such effects could be seen in the case of HIV. A variation in the CCR5 gene profoundly affected the entry of HIV and made the individuals carrying the variation resilient to infection. Another example stems from variations in the HBB gene. This gene encodes a subunit of a protein that’ll be a part of hemoglobin (the oxygen carrying component of our red blood cells). Particular variants of HBB make individuals carrying them less susceptible to infection by malaria-causing parasites.

Considering these examples, scientists are also wondering if variations in genes that influence immune responses might have a part to play in the difference.

Presently, all of this remains a conjecture. Efforts are now underway to pool genetic data from across the globe, ranging from DNA of individuals in severely hit places to those with mild infections of COVID-19 to better understand the role of genetics in the uncharacteristic behavior of coronavirus.

To understand if the severity of the disease reflects variations in the genome, 23andMe is actively recruiting hundreds of thousands of its customers across the United States. The researchers at 23andMe are planning an online survey followed by a GWAS. This will help analyze the key genetic variants associated with the differences in the severity of the symptoms. While they are optimistic, they forewarn that identifying the role of genetics in symptom-severity is not assured.

2. Is it all in the viral exposure?

Other researchers support the concept of ‘viral load’ i.e. the dose of the virus at the time of exposure. A higher viral load would translate to a severe case, while a lower dose can be easily fought off by the immune system and does not cause severe symptoms. However, emerging evidence suggests that the relationship between the infection and severity may not be so simple either. This makes COVID-19 stand out from other such viruses. Minimizing exposure to the virus still helps as our immune system is efficient to take down lower loads of nCoV19.

Death rate: Do we have an answer yet?

Despite performing reams of research and analyzing a spell of data from different countries, we still don’t have an answer. The estimates are wide, with mortality ranging from as low as 1 in 1000 to as threatening as 1 in 30. There appears to be no defined answer, with the fatality rate different in each country. Italy has a death rate of 12% while in Germany, it’s 1%. The difference in the rate could be attributed to the age group of the population affected. The first few cases affected in Italy were the older people, while in Germany most cases affected were under the age of 40.

However, the statistics don’t give us a general estimate of how many infected people will lose their lives to the infection. One important question to ask in this scenario is - how many people are left undiagnosed because they show no, or if at all, mild symptoms? When antibody tests are approved, we may be able to estimate the missed cases. But for now, we don’t know just how fatal COVID-19 is.

Thousands of people have recovered from coronavirus. Does that mean they are immune for life? Or can they catch the disease again? Several reports in China and Japan have identified second positives for nCoV19. This caused panic among people, as it meant that unless a vaccine is in place, we may all be subjected to nCoV19 multiple times. To study this, a group of scientists tried to reinfect four rhesus macaque after their first infection. Surprisingly, they were immune the second time around. This gave hope as immunity could be established against nCoV19. However, there’s not been enough time to analyze the immunity to nCoV19. Scientists are not certain for how long the immune responses clad us with protection against COVID-19.

Alcohol use and COVID-19: A major concern?

Ever since COVID-19 was declared a pandemic, the sale of alcohol has been on the constant rise. As the stressful time has made most people fragile, many psychologists are worried about the overuse of alcohol and the toll it could take on the immune system. Along with the risk of mental health issues, alcohol would also make people more susceptible to infection by nCoV19, by compromising their immunity. In fact, it has become so much of a concern that WHO has issued a warning against the excessive use of alcohol, especially during the pandemic.

COVID-19: Does it wane as season changes?

Winters generally see the peak in flu cases for a few reasons. First, viruses love the cold, dry weather. Second, the immune system is not at it’s best due to minimal sunlight exposure. Could this be the case with COVID-19? The evidence is conflicting but the WHO warns that the virus is capable of spreading in hot and humid weather. A study conducted in China which agrees with WHO identified that nCoV19 is suited to spread in warm temperatures. However, a large-scale study of cases till February 29 found a lower incidence of disease onset in regions that have a higher temperature. Scientists believe that an accurate prediction of seasonality is possible only by keeping track of the number of cases as the season changes.

Vaccines: When can we expect them?

Like all viruses, nCoV19 requires hosts’ living cells to survive. The main strategy with the vaccines is to nudge the body and alert the presence of a pathogen and letting our immune system take care of the rest. Alternatively, interfering with any step of the viral replication will be helpful too. So then, if we know how a virus can be stopped, why is it taking so long? It is because there is so much more that we’re not sure of. More importantly, we have to keep the safety and efficacy of the vaccine in mind. In the words of a scientist at Mayo Clinic, ‘We’re building the plane as we’re flying’.

Usually, developing a vaccine takes years. Thanks to the scientists working at breakneck speed in the labs around the world, we may be able to get a vaccine in as short as 12-18 months.

We now have several vaccine candidates, all of which are currently under trial. To date, there is no one vaccine to treat/stop the spread of the virus. Therefore, it has become all the more important to have good immunity to be able to fight off the incoming pathogen. Taking care of your immune system, the resilient force of your body is the way to go especially in the face of threats like the COVID-19.

Have your DNA raw data from 23andMe, FTDNA, or MyHeritage?

Upload your DNA raw data to Xcode Life for insights into 700+ health-related traits.