The CYP2D6 Gene And Its Influence On Drug Detoxification 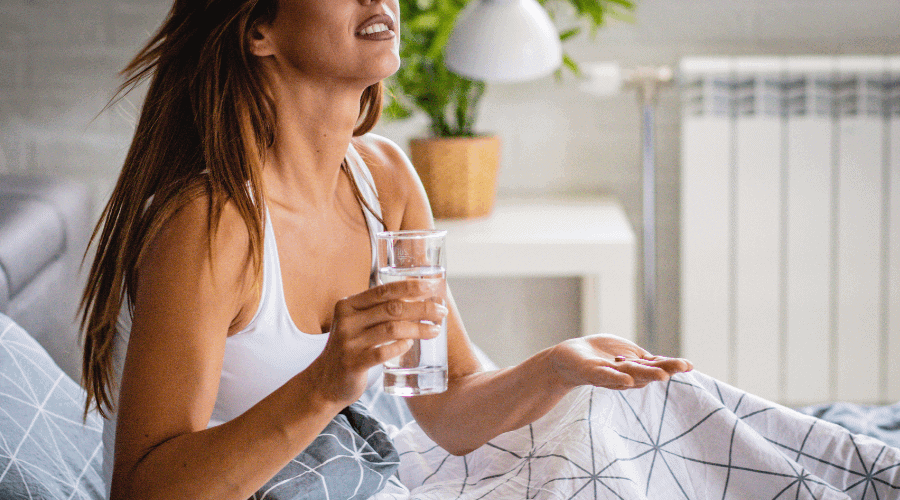 The CYP2D6 gene or the cytochrome P450 2D6 contains instructions for the production of the CYP2D6 enzyme. The enzyme production predominantly occurs in the liver. CYP2D6 is responsible for the metabolism and elimination of approximately 25% of clinically used drugs.

Drug metabolism is the process by which the body breaks down pharmaceutical drugs and other chemicals from the system using enzymatic systems. Drug metabolism can make the drug more active, inactive, or convert it into a more toxic metabolite (intermediary substance).

CYP2D6 belongs to the group of enzymes that are responsible for activating and metabolizing certain drugs. In some cases, the enzyme converts the inactive drug (called the prodrug) into its active form. Most ACE inhibitor drugs used to treat hypertension are prodrugs.

Amitriptyline, an antidepressant drug, on the other hand, is broken down and inactivated by the CYP2D6 in the liver.

Considerable differences exist in the efficiency and amount of CYP2D6 enzyme produced across individuals. Depending on this, they are categorized into one of the four metabolizer statuses:

Poor metabolizers (PM) - These are people who produce no or very little of the CYP2D6 enzyme. These individuals cannot process certain medicines well, and in some cases, drugs remain in the body for a longer time without getting cleared out. This increases the toxicity of the drug.

Normal/extensive metabolizers (EM) - About 6 in 10 people are normal metabolizers. Their bodies produce normal levels of the CYP2D6 enzyme and activate and clear drugs at a normal rate.

Ultra-rapid metabolizers (UM) - These people have excess CYP2D6 enzyme activity. Drugs are metabolized very quickly and cleared from the body rapidly. This reduces the effectiveness of the drugs.

Drugs That The CYP2D6 Gene Act On

Codeine - Codeine is an opioid pain reliever commonly prescribed to treat chronic cough, pain, and diarrhea. It needs to be activated to morphine by the CYP2D6 enzyme for it to function efficiently.

PM have low CYP2D6 enzyme levels and may not convert codeine to morphine effectively. As a result, they may not experience the pain-relieving effect of morphine at normal codeine doses.

Tramadol - Tramadol is also an opioid pain reliever used to treat moderate to moderately severe pain. It is converted into O-desmethyltramadol (M1) in the liver, which produces the opioid pain-relieving effect. This conversion is facilitated by the CYP2D6 enzyme.

The FDA-approved drug label for amitriptyline states that CYP2D6 PM have higher than expected plasma concentrations of tricyclic antidepressants when given usual doses. In such cases, a lower starting dose or an alternative drug is recommended.

They are primarily metabolized by CYP2D6. PM who lack CYP2D6 activity tend to have almost 5-fold higher levels of metoprolol and may be at an increased risk of side effects if administered the normal start dose.

Fluoxetine, Paroxetine  - Both Fluoxetine and Paroxetine are Selective Serotonin Reuptake Inhibitors (SSRI) and are popular antidepressants.

The CYP2D6 enzyme helps convert the drugs into their active forms.

In PM, the drugs remain in the system for a longer time, risking overexposure. A lower starting dosage is recommended for such individuals.

Inducers speed up the metabolism of the drugs, resulting in lower concentrations for drugs that are metabolized to an inactive form. In the case of antibiotics, inducers make the enzymes quickly convert them into their inactive forms, not giving the drugs enough time to fight the bacterial infections.

Many drugs inhibit the activity of the CYP2D6 enzyme. Some of them include:

Variations in the CYP2D6 gene

The  CYP2D6 gene has a lot of variations (changes) that affect the efficiency of the CYP2D6 enzyme.

A haplotype is a group of gene changes that are inherited together.  The *3, *4, *14, *41, etc., are star alleles. Star alleles are used to name different haplotypes.

The *4 allele is one of the most common mutations in Caucasians, resulting in a decrease in or complete lack of CYP2D6 enzyme activity. This allele accounts for 70% of all inactivating alleles that Caucasians are born with.

Genetic testing will help identify the metabolizer status of an individual for a gene (or group of genes) or a drug (or group of drugs). Depending on the genetic results, doctors can then plan drug dosages and opt for safer medications.

Even if you are not a poor metabolizer genetically, the use of  CYP2D6 inhibitors will bring down the enzyme activity. This can cause over-exposure to drugs that the CYP2D6 enzyme acts on.