How Genes Influence Your Preference For Cilantro 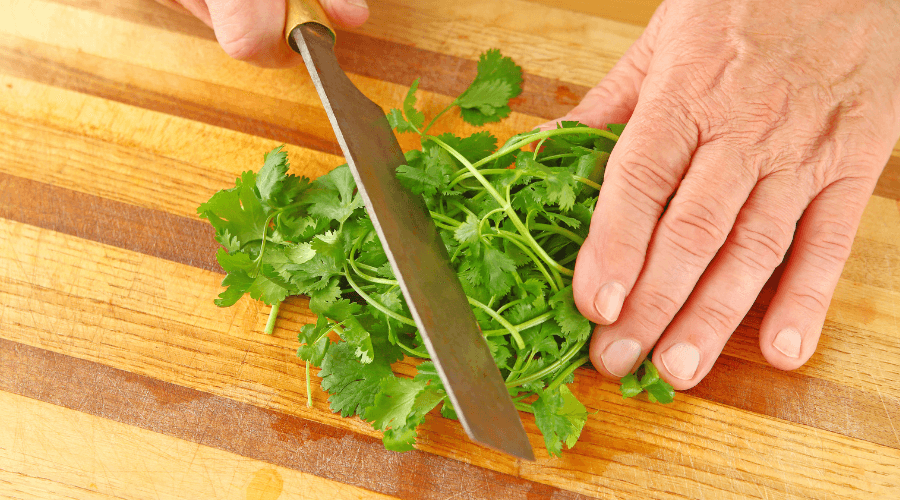 Cilantro has a fragrant, citrusy flavor. The coriander seeds have a warm, spicy, earthy aroma with a hint of citrus. It is usually paired with cumin and used as a base ingredient for making spice mixes.

What is Cilantro Taste Aversion?

Even though cilantro is properly used in several cuisines all over the world, some people do not like the taste of it. They find the taste soapy and revolting. This is termed as Cilantro Taste Aversion.

Even the famous American chef, Julia Child, did not have a liking for cilantro. She said the best way to deal with it in food is to pick it up and throw it on the floor.

The number of people with this aversion is less in Central America and India, where this herb is very popular. Nearly 20% of the East Asian population are found to experience the soapy-taste of cilantro.

Why do some people hate the taste of cilantro but others don’t?
The answer to this question lies in genes.

Cilantro taste preference can be explained by genetics. The olfactory receptors influence our sense of smell, which directly alters our taste perception. Variations in olfactory-receptor genes can affect the way we perceive the taste of certain food items.

The OR6A2 gene is an olfactory-receptor gene. It carries instructions for the production of Olfactory Receptor Family 6 Subfamily A Member 2 protein. This protein has a high-binding affinity to soapy-flavored aldehydes like the ones found in cilantro. Individuals with an aversion to the taste of cilantro are found to have a variation in this gene.

rs72921001
rs72921001 is a single nucleotide polymorphism or SNP in the OR6A2 gene. Individuals with the A allele of this gene are at a lower risk of detecting a soapy taste.

The best way to deal with the soapy taste of cilantro is to avoid using it in meals or picking it out of your plate as Julia Child said.

Certain other ways to deal with this include

Some restaurants use a mix of parsley, tarragon, and dill. Lime of lemon zest can be used to substitute for the bright, citrusy flavor of cilantro. Carrot tops, mint, basil, or Thai basil are also used in certain dishes.

Crushing cilantro may help eliminate the soapy-tasting aldehydes. Using cilantro in chutneys and sauces dampens the soapy flavor and can help you get used to the herb.