How Much Caffeine Is Safe During Pregnancy? 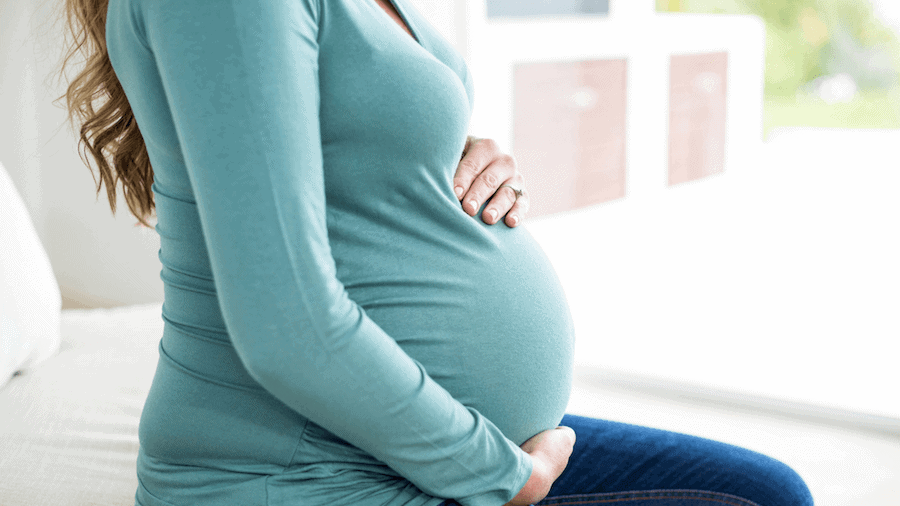 Caffeine is a psychoactive stimulant consumed worldwide mostly via two beverages, tea, and coffee. Pregnant women have always been advised to limit their caffeine intake since they may metabolize caffeine slowly. Studies also suggest that it can cross the placenta and enter the baby's bloodstream. A recent study published in the International Journal of Epidemiology reported that caffeine consumption alone might not contribute to adverse outcomes in pregnancy.

More About The CYP1A2 Gene & Its Influence

How Much Caffeine Is Safe During Pregnancy

Pregnant women are often advised to cut off or limit their coffee consumption, owing to the reduced clearance of caffeine during pregnancy.

Caffeine, being a stimulant, increases the heart rate and blood pressure, because of which some people may experience jitters.

Further, since caffeine can cross the placenta to enter the baby's bloodstream, it is thought to endanger their health.

The safe upper limit for caffeine consumption in pregnancy is still a bit hazy.

According to the current WHO guidelines, pregnant women should restrict their caffeine intake to less than 300 mg/day (approximately 2-3 cups/day).

In comparison, the World Health Organization (WHO) allows up to 400 mg of caffeine per day for non-pregnant healthy adults.

On the other hand, the NIH advises pregnant women not to consume more than 200 mg of caffeine daily.

Some find an increased risk for low body weight at birth and other poor outcomes, while others report no such risk.

Yet another study reported an average of 66 grams of lower birth weights in infants born to mothers who consumed about 50 milligrams of caffeine daily.

But it's important to note that such observational studies may not separate caffeine consumption from other risk factors such as alcohol consumption and smoking.

Thus, the unfavorable outcomes in pregnancies could also be attributed to other risk factors.

The CYP1A2 gene has the largest association with caffeine-related traits as the CYP1A2 enzyme is responsible for 95% of caffeine metabolism.

Depending on the CYP1A2 gene variant one carries, they may metabolize caffeine slowly, at a normal rate, or fast.

This, in turn, impacts a person’s risk for caffeine-associated negative side effects.

AHR is another gene that influences caffeine consumption.

This gene produces an enzyme that induces the activity of the CYP1A2 enzyme.

The ADORA2A gene is associated with the wakefulness-promoting property of caffeine.

It also influences the effect of caffeine on sleep.

The A2A receptor produced by this gene is the main target for caffeine.

Typically, a molecule called adenosine binds to the A2A receptor and helps with sleep regulation.

Upon caffeine consumption, the caffeine molecules displace adenosine molecules from their receptors and sit in their place, promoting wakefulness.

Certain changes in this gene increase the risk for caffeine-induced insomnia.

The Study: Using Genetics To Analyze Coffee Drinking Behavior and Effects on Pregnancy

The study, published in the International Journal of Epidemiology, investigated a potential causal relationship between caffeine consumption and adverse pregnancy outcomes.

While many previous studies have reported an increased risk of poor pregnancy outcomes with caffeine consumption, it’s been difficult to separate coffee drinking from other risk factors.

Additionally, they examined whether these changes were associated with birth outcomes (miscarriages, stillbirths, or pre-term birth).

Genome sequencing was performed in individuals who reported these outcomes, and the results were referenced against the controls.

The study reported that there was no greater risk of miscarriage, stillbirth or premature birth for women who drank coffee.

The study looked at the effects of caffeine only in terms of adverse outcomes.

Caffeine could still affect other aspects of fetal development.

So, Dr. Moen, one of the authors of the study, says, "we don't recommend a high intake during pregnancy, but a low or moderate consumption of coffee may be safe."

These changes may be why one can consume 7 cups of coffee and still go to bed by 10, and another struggles to sleep even after a couple of cups.

They affect caffeine consumption in both the general population and pregnant women.

The current recommendations for caffeine consumption during pregnancy are based on observation studies where it's difficult to separate coffee drinking from other risk factors like smoking, alcohol, or poor diet.

But caffeine alone doesn't seem to increase the risk for pregnancy-related adverse outcomes.