How Genes Influence Your Glucose Response to Exercise 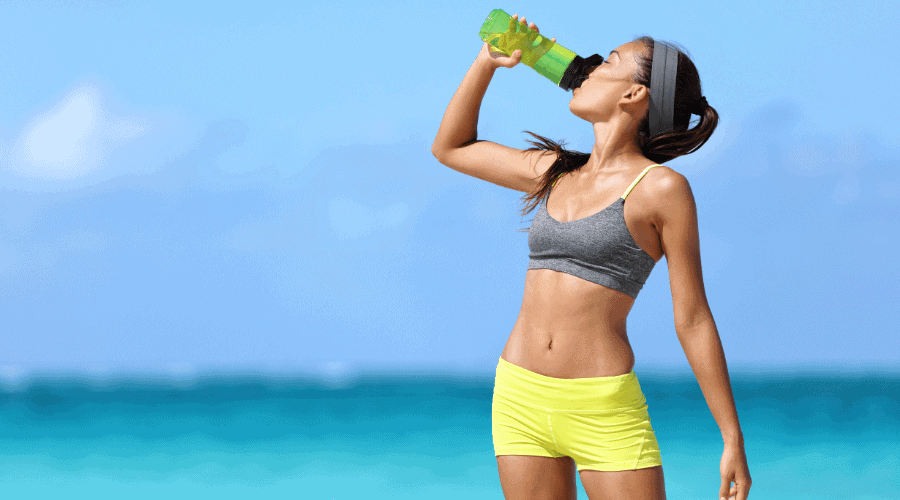 What is Glucose Response?

Glucose response or glucose tolerance is a measure of how fast your body can push glucose from the blood into the muscles and tissues. It is the ability to move glucose load.

In a healthy individual, a spike in glucose is seen within the first 15 minutes of glucose ingestion. The levels reach the peak at about 30 minutes after ingestion. After 30 minutes, a progressive decline is observed - the 2-hour value should ideally be 25% more than the fasting value - measurement of blood sugar levels after an eight-hour fast. A fasting value of less than 100 mg/dL is considered normal. At 3 hours, the glucose levels should reach the baseline. However, for people with impaired glucose tolerance, the 2-hour value is much higher than the fasting value. For people with diabetes, the glucose value continues to rise till the 2-hour study period.

How Does Exercise Influence Glucose Response?

Exercising contributes to blood sugar maintenance by increasing insulin sensitivity. If your body is sensitive to insulin, it means that it can transport glucose from your blood into the cells to be used as an energy source. Exercising promotes glucose uptake by the muscles. This helps lower blood sugar levels. According to a study, a single bout of exercise can increase insulin sensitivity for at least 16 hours post-exercise.

How Does Genetics Influence Glucose Response To Exercise?

Genes modify the effects of regular physical activity on glucose homeostasis - the maintenance of balance of insulin and glucagon to keep blood sugar levels in check. People with certain changes in genes involved in blood sugar regulation, may have a lesser insulin response than others.

The PPARG gene contains instructions for the production of a protein called peroxisome proliferator-activated receptor-gamma. It plays a critical role in regulating insulin sensitivity and glucose homeostasis and can be associated with improved insulin sensitivity.
Additionally, PPAR-gamma has been implicated in the pathology of numerous diseases including obesity, diabetes, atherosclerosis, and cancer. This gene regulates the functions of other genes as well.

rs1801282, also known as Pro12Ala, is a single nucleotide polymorphism, or SNP in the PPARG gene. This SNP has been studied to modulate the glucose response upon endurance training. According to a study, the Ala carriers, or G allele carriers (people having GG type) experienced better improvements in glucose and insulin metabolism in response to endurance training.

White blood cells express cytokines. Cytokines are a group of proteins that are expressed by the immune system. They play an important role in cell communication, especially during immune responses.

Some of these cytokines are termed interleukins - abbreviated as IL. IL6 or interleukin 6 is a cytokine that is produced at the site of inflammation. The IL6 gene contains instructions for the production of IL6 protein. Studies suggest that people who are susceptible to type 2 diabetes display features of low-grade inflammation years before the disease sets in.

The IL6 gene, other than its role in immune regulation, also influences glucose homeostasis and metabolism.

rs1800795 is an SNP in the IL6 gene. This SNP has been associated with the circulating levels of the IL6 cytokine. Studies have shown that the C allele of this SNP plays a role in decreased production of IL6 when compared to the G allele.

According to a study, there are differences in training-induced changes amongst the CC, CG, and GG types. The G allele was found to play a role in significantly decreasing the glucose concentration when compared to the C allele.

The LEPR gene contains instructions for the production of a protein called the leptin receptor. The leptin receptor is turned on (activated) by a hormone called leptin. Leptin is released by fat cells. This hormone plays a role in regulating the satiety response in the body. A positive association has been recorded between the size of the fat cells in your body and the amount of leptin hormone - that is, the larger the fat cells, the more the leptin hormone levels.

Leptin has also been associated with glucose homeostasis. It regulates blood sugar levels either by direct or indirect action. Leptin can directly act on peripheral tissues like adipocyte (fat) tissues and muscle tissues or indirectly on the central nervous system.

Even in the absence of insulin, leptin can regulate blood sugar levels.

rs1137100 is an SNP in the LEPR gene. This SNP has been associated with glucose tolerance and insulin response. It is also called K109R polymorphism. According to a study, K109R modulates exercise-induced changes in various measures of glucose homeostasis. The study revealed that 109R allele carriers or the G allele carriers had a better glucose response to physical activity when compared to K109 allele carriers or A allele carriers.

Other Factors That Influence Glucose Response

The Effects of Macros on Blood Sugar Levels

Out of the three macros - carbs, proteins, and fats - carbs have the most effect on blood sugar levels. The spike in blood glucose depends on the type of carbs (simple or complex) and the glycemic index (GI) of the food. GI is the measure of how much specific foods increase blood sugar levels.

The effect of fatty foods is seen more profoundly in people with diabetes. They tend to experience a higher insulin resistance upon fatty food consumption. That is, they may require more insulin to regulate their blood sugar levels.

When there’s adequate insulin, protein has very less effect on the sugar levels. However, when there’s an insulin deficiency, protein contributes to an elevation in blood glucose levels.

The Effects of Caffeine and Alcohol on Blood Glucose

In people with diabetes, consumption of caffeine leads to disruption in glucose metabolism. However, in healthy individuals, it has been known to increase insulin sensitivity; therefore, it lowers the risk of type 2 diabetes.

Alcohol can either increase or decrease your blood sugar levels, depending on how much you drink. The liver plays a role in glucose homeostasis by releasing glucose when the levels are lower in the body. When alcohol is consumed, the liver gets busy with breaking down the alcohol. This can lead to low blood sugar levels.

The dawn phenomenon refers to the natural increase in blood sugar levels that occurs early in the morning. This is due to the changes in the hormonal levels in the body. It occurs both in people with and without diabetes. In healthy people, the insulin release is triggered, which brings the blood sugar levels back to normal. However, in case of diabetes, this doesn’t happen. As a result, those with diabetes may experience certain symptoms associated with elevated blood sugar levels.

Even partial sleep deprivation can contribute to insulin resistance. This, in turn, can increase blood sugar levels.

The different stages of the cycle impact your glucose levels in different ways. This effect can vary from woman to woman and even from month to month! While some women have reported an increase in blood sugar levels during their periods, others report a sharp decline in sugar levels! A few days before, after, and during your periods, the levels of estrogen and progesterone change. This can induce temporary resistance to insulin which can last for up to a few days and then drop off.

According to a study, glucose levels hit the peak 60-90 mins after meals. So it is a good idea to begin your workout 30 mins post eating.

When stress levels are high, cortisol hormone is released, which increases blood sugar levels. So, by managing stress, you can also keep your blood sugar levels in check. What better way to manage stress than yoga? According to a review study, yoga can help control stress and manage diabetes.

It is important to monitor your blood sugar levels both before and after exercise just to see how your body responds to exercise.

Both these forms of training have proven to effectively reduce insulin resistance in previously sedentary older adults with abdominal obesity at risk for diabetes. However, combining both these exercises has been studied to be more effective than doing either one alone.