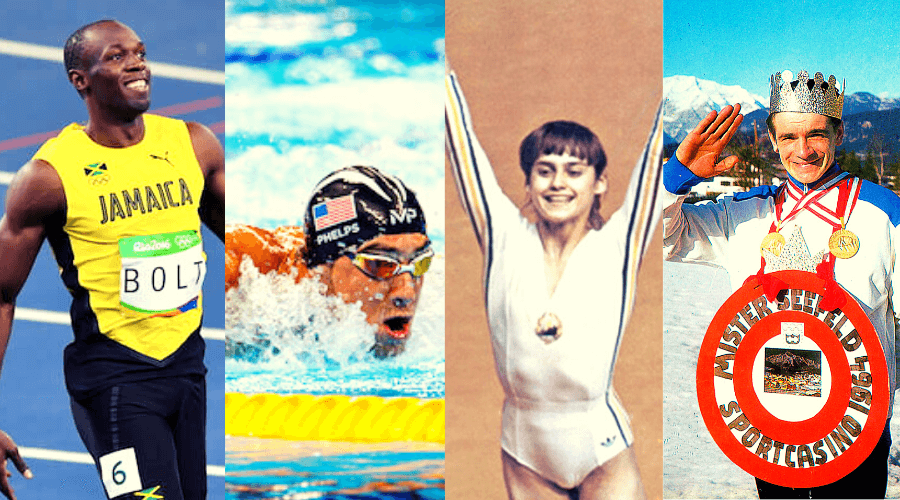 With the beginning of the human genome mapping in 1990, there were hopes of finding the “gene for sports”. As it turned out, it wouldn’t be the most straight-forward thing ever. Athletic performance is not related to one factor only.

It is a complex system of interrelated intrinsic (genetics, physiological and psychological conditions) and extrinsic (training, and nutrition) factors. Some athletes seem to be gifted and have demonstrated extraordinarily high-performance levels.

The most studied variations are related to the ACE and ACTN3 genes. The ACE (angiotensin-1 converting enzyme) gene codes for an enzyme that controls blood pressure. An ACE I/I genotype is related to endurance performance and higher exercise efficiency, while an ACE D/D genotype is associated with strength and power performances.

The ACTN3 gene codes for alpha actinin-3, a protein found in the fast-twitch muscle fibers used in explosive activities. These fibers provide quick bursts of strength. Many studies discovered that having the R allele of the ACTN3 gene, which produces the normal alpha actinin-3 protein, is common in athletes who rely on strength and speed. Sports that require rapid muscle contractions include boxing, baseball, and sprint races.

Another version of the ACTN3 gene (the R577X variant or the X allele) results in a complete absence of the alpha actinin-3 protein. It limits the proportion of fast-twitch muscle fibers and increases the proportion of slow-twitch fibers, without causing any diseases. Some studies found that this variation is more common in endurance athletes such as cyclists, cross-country skiers, and long-distance runners.

In the 2008 Olympics, Jamaica had the 4 fastest women sprinters in the 200 meters event. Interestingly, 98% of Jamaicans have the R variant of the ACTN3 gene. This variant produces the alpha actinin 3 protein that provides quick bursts of energy.

While some researchers focus on variations that increase performances, others are interested in genes related to injuries and the ability to recover from them. Tendinopathy is a common injury among athletes. It causes burning pain, and reduced flexibility. This tendon injury takes up to six months to heal. Polymorphism within COL5A1 and TNC genes has been associated with Achilles’ tendon injuries, which can be completely debilitating for some athletes. Also, variants in the MMP3 gene that plays a role in connective tissue wound repair can increase the risk of other tendinopathies.

Polymorphism within COL5A1 and TNC genes has been associated with Achilles’ tendon injuries, which can be completely debilitating for some athletes.

The frequency of genetic variations related to athletic performance differs across ethnic groups. For example, 25% of Asians, 18% of Caucasians, 11% of Ethiopians, and 2% of Jamaicans and US African Americans have the XX genotype of the ACTN3 gene. Jamaicans have an interestingly low frequency of XX genotype, which might explain why in the 2008 Olympics Jamaica had the four fastest women at the 200-meters sprint, four of the top six at 100 meters, and the fastest man at 100 meters.

A lot of athletes were lucky enough to have specific genetic variations that gifted them with what some people would call “superpowers”. One man who needs no introduction, the Jamaican Usain Bolt, finished his sprinter career with the title of the fastest man alive. Bolt won consecutive World Championships, from the 100 meters and 200 meters sprints, all the way to the 4 x 100-meter relay, bringing home more gold medals that one would care to count, spanning from 2009 to 2015. Imagine running 100 meters in 9.58 seconds. Insane, or should we say Usain, isn’t it? Unsurprisingly, Bolt is one of the 98% of Jamaicans with the ACTN3 R allele, giving him, to say the least, a considerable edge in feats of strength and speed.

Usain Bolt who set an incredible record of running 100 meters in 9.58 second has the ACTN3 R allele.

Another athlete worth mentioning is Eero Mantyranta, one of the most successful Finnish cross-country skiers to have walked - or skied- the earth. Mantyranta, who passed away in late 2013, had a rare genetic variation in the EPOR gene that made his body overproduce red blood cells. Red cells convey oxygen to the muscles; The equation from that point on is not exactly quantum physics: the more red blood cells one has, the happier the muscles, the longer they perform.

Skiing legend Eero Mantyranta was found to have a rare genetic variation in the EPOR gene that made his body overproduce red blood cells. This pushed more oxygen to his muscles, thereby increasing their efficiency.

To put it simply, you just don’t run out of gas as fast as your average Joe: You’re more endurant. That’s why some athletes dope themselves by injecting erythropoietin (EPO) into their systems, a hormone that stimulates red blood cell production. Mantyranta, with his EPOR variation, boasted a red blood cell concentration 50% higher than the average population. He took the golden medal for the 15km race home with an astonishing 40 second advance time on his closest competitor, an achievement never done before, and never accomplished by anyone else ever since.

Is Michael Phelps Made To Swim?

And now, all the way from the snowy slopes to the depth of the swimming pool, an article on the role of genetics in sports wouldn’t see the light if Michael Phelps’s name wouldn’t appear in it somewhere! An American swimmer better known for having a total of 28 Olympic medals under his belt. Phelps is 6 feet 4 inches tall, however, he has the torso of a man 6 feet 8 inches tall and the legs of a man 8 inches shorter. His disproportionately large chest enables him to have a longer wingspan (the distance from fingertip to fingertip when the arms are stretched out to the sides) than your average human being. The longer your wingspan, the further you can reach, or in Phelps’s case, the further he can stroke.

On top of that, Phelps has hyperextended joints which, paired with his size, enables him to use his legs like flippers, thrusting him through water. In addition to special body proportions, Phelps’ genetic profile also provides him with a lower-than-average lactic acid production. The body produces lactic acid in response to high-intensity activity, which makes you feel tired and sore. Michael the “Flying Fish” Phelps produces low levels of lactic acid, exponentially decreasing his recovery time. Between his genetic profile and his sheer will, Phelps is without doubt, an elite swimmer and one of the most successful athletes having swam the earth’s swimming pools.

A Gene Variation That Flushes Out Lactic Acid

Another athlete boasting lower-than-average lactic acid levels, and therefore having never (or almost never for what we know) experienced muscle cramps is Dean Karnazes, an American runner. This athlete has a rare genetic variation that allows his body to rapidly flush lactic acid from his system. Typically, as you exercise, the body converts glucose to energy which produces lactic acid as a by-product. As it builds up in the muscles, it begins causing cramps and fatigue as a signal to stop whatever physical effort you’re undertaking. However, Karnazes is lucky enough to never receive those signals, thus enabling him to keep running for long, long periods. This genetic variation allowed Karnazes to complete fifty marathons in fifty states in fifty days in 2006: that’s one marathon a day without recovery time or rest. He also took it an extra mile (miles actually) further by running non-stop for three days in a row.

Although athletic performance is a multifactorial trait determined by both genetic and environmental factors and their plethoric interplay, a genetic profile may serve as an additional tool assisting athletes and their coaches to choose a specific sport that best matches their talent. Despite seemingly similar metabolic characteristics of all power performances, it seems that different genetic makeup enables an athlete to excel in speed-oriented sports like sprints or in strength-oriented sports like weightlifting. The future of genetic studies involving athletes is promising. However, it’s a very long way until we figure out the exact role of genetics for each different sport and what are the variants (at the molecular level) accounting for better performances and their mechanism of action.

This inadvertently gives birth to a vast array of questions and issues: Do the suggested genes and their variants give similar advantages to different age groups such as kids and adolescents? Will genetic testing and gene screening be enough to predict performance or tailor workout training programs for athletes? Will gene manipulation become, along with doping, the newest threat to sports’ ethics? Will genetic manipulation one day take a toll on both the physical and mental health of athletes?