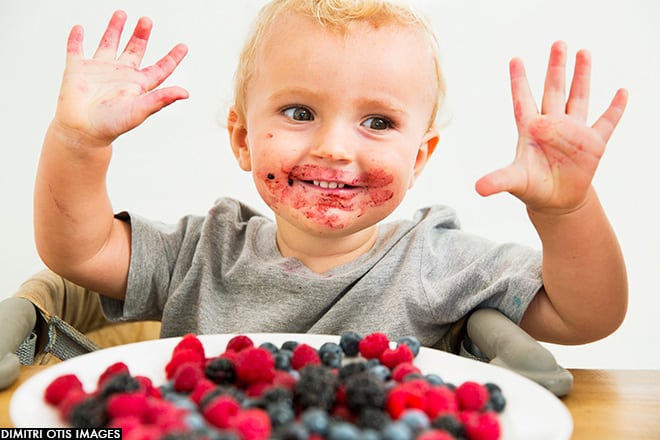 Dermatoglyphics is the study of fingerprints and ridges in our palms and soles. Fingerprints are critical areas of interest under research as they are unique and reveal an individual’s true identity. However, only a little is known about the reason behind the variation of fingerprint patterns. A recent study by the researchers at the Shanghai Institute of Nutrition and Health has revealed that genes involved in limb development influence the fingerprint patterns in humans.

Fingerprints are the patterns formed by ridges on the surface of our fingertips, palms, and the soles of our feet.

The number, shape, size, and position of the ridges do not change even when we grow up.

The patterns are contrasting for every individual.

It is fascinating that no two fingerprints can be the same, even in the case of twins.

The ridges on our hands and feet develop in the growing fetus from approximately 8 - 18 weeks of embryonic development.

They are further organized into radial, ulnar, double, and central pocket loops.

The Genes Involved In Limb Development

The limbs develop from a circular structure called limb bud in the embryo.

The limb bud develops during the 4-8 weeks of embryonic development. After the eighth week, the limbs begin to enlarge in size.

It regulates the formation of limbs and is essential for osteoblast (bone cells) differentiation.

Did You Know: The BMP4 gene contributes to Achilles Tendinopathy Risk

The EVI1 gene produces an essential protein for appropriate murine and human development.

They are also responsible for limb development and oocyte development (egg cells) in the ovary.

The Influence Of Limb Development Genes - The Study

The study led by Wang and his colleagues found that limb development genes influence the variations in human fingerprint patterns.

The study was published in the journal of Cell Press and reported that the genes underlying limb development are not linked to skin formation but rather to fingerprint formation.

The team began by scanning the DNA of 23,000 participants to detect the genetic basis of the finger patterns and found that at least 43 genomic regions were related to limb development.

The team concentrated on the EVI1 gene - a primary limb development gene in humans to confirm the finding.

But, first, they modified the expression of EVI1 in mice.

The finding suggests that EVI1 is responsible for influencing fingerprint types in humans and hence holds up the idea that fingerprint patterns are related to finger length.

The exact mechanism by how the genes determine the fingerprint patterns is still unknown.

But research suggests that the shapes of the volar pads influence where and what type of fingerprint forms.

Volar pads are transient swellings of tissue on the palmar surface of the hands and soles of the feet of the developing baby.